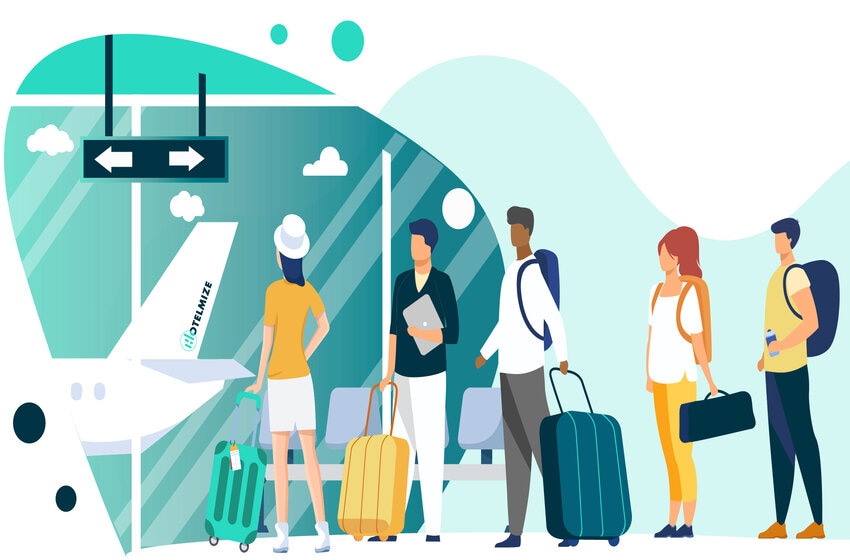 As economic prosperity increases across the globe, the top 10 travel companies are making huge contributions to stellar development and driving critical innovation by taking advantage of technology in the modern travel sector. Now you may wonder how large the travel industry is. As the economy of tourism and travel becomes more attractive for the audience across the globe, the travel industry increases as well.

There has been a rise in the global travel industry from USD 6.03 trillion in 2006 to USD 8.27 trillion in 2017, increasing at a CAGR of 2.9 percent, enabling this industry among the largest industries across the globe. With that, we will see the top 10 travel companies in the world 2021.

Which Are The Top 10 Travel Companies In The World?

Who are the top 10 travel companies list in the world as per sales as of 2021? The following is a list of biggest adventure travel entities and largest travel agencies that are ranked by sales developed in USD billion.

What is the ideal travel agency? That is a subjective and hard question to answer, but if you were to go by the ideal travel agency across the globe in terms of sales, then the answer is Expedia Group. This company is an American online travel shopping entity for users and small business travel. The company is primarily known for its travel fare aggregator websites where the user can drop in and book all their travel requirements from car rentals, flights, and even hotels. This is also a metasearch engine that helps to search up and plan your complete travel plans.

The next on this list is the American company Booking Holdings Inc. The entity is famous for functioning travel fare aggregator websites and tourism and travel search engines like its flagship booking.com, along with Agoda.com, Kayak.com, Priceline.com, Cheapflights, Momondo, Rentalcars.com, and OpenTable. Booking Holdings developed sales of USD 92.7 billion previous year, with close to 90 percent of its profits arriving from booking.com and outside the USA. Book Holdings is completely a global travel entity that is anticipated to prevail generating stellar sales within the worldwide market.

American Express GBT (Global Business Travel) is 3rd on this list of the 10 biggest travel companies across the globe. This is a corporate management travel entity functioning under a 50 percent ownership stake from American Express. It is known as a business travel management entity, big corporations use the services of GBT to handle corporate travel and meetings programs, offering services and support to business travelers.

BCD Travel stands 4th on the list of the largest travel companies by sales figures in 2021. BCD Travel provides global corporate travel management and is the biggest travel company in the Netherlands. Presently, the entity functions in more than 109 nations and last year they generated USD 27.1 billion in sales. The parent company of BCD Travel is BCD Group, which is a privately held Dutch entity aimed at travel services and corporate travel projects.

6th on our list of the top 10 luxury travel companies in the world is Flight Centre, the biggest retail travel agency situated in Australia.  Flight Centre is headquartered in Brisbane and was established in 1982. Flight Centre functions in more than 2,800 stores and offices under varied retail and corporate brands in New Zealand, United States, Australia, Canada, United Kingdom, South Africa, India, China, Singapore, United Arab Emirates, Hong Kong, and Mexico.

The next travel agency or company in the world is the Travel Leaders Group, which is a multi-unit travel industry entity headquartered in New York City that has over 7,000 company-owned, affiliated and franchised travel agency locations in Canada, the United Kingdom, the United States, and Mexico. The company has over 52,000 travel agents globally and last year generated sales of USD 7.12 billion that made it one of the best travel agencies around. USD 3.73 billion in sales come from 52,000 hosted agents.

American Express Travel is a full-service global lifestyle and travel network and 8th on this list of the top 10 travel companies in the world by sales. Last year the business generated sales of USD 6.27 billion. In March 2014, this company declared that it signed an agreement to formulate a joint venture for business travel and spun off its corporate travel business like American Express Global Business Travel.

Direct Travel is a leading travel management business, and it formulates personalized solutions via an agile approach to corporate meetings & events, travel, and leisure. The entity ranks 9th on our top 10 list in the world because of its stellar sales figures.

Rounding out the list of the top 10 companies for travel across the globe in 2021 is Corporate Travel Management, which is a global provider of cost-effective and innovative travel solutions spanning events, leisure, corporate, loyalty, and wholesale travel.

What is the future of the global travel sector? As economic prosperity increases across the globe, the travel sector will be flooded by tourists from all over the world, and entities are going to be at the forefront of this growth, navigating their services to meet the increased demand. Expect the top 10 travel companies in the world to prevail, navigating the industry to latest heights.

Bicycle Companies: The Brands That still Hold The Best Positions

Life Insurance Companies: These Options Will Make Your Decision Easy