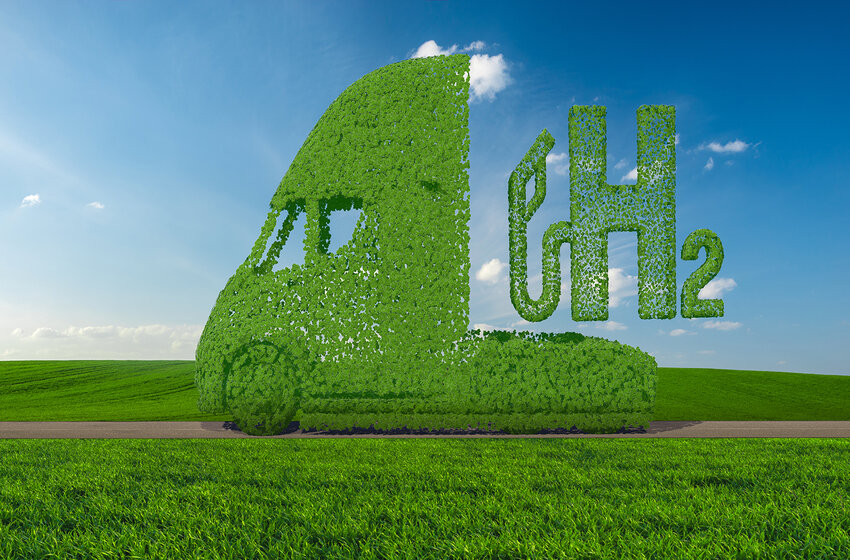 Planning for the production and use of green hydrogen as a transport fuel, Union Minister Nitin Gadkari asserted that there is a requirement to make India a nation that will not depend completely on the imports of diesel and petrol.

While speaking at a conference, Gadkari regretted the fact that there are some countries that are also using proceeds from the sale of diesel and petrol to finance terrorism. Along with this nationalistic view, the road transport and highway minister said that,

"Green hydrogen is better than petrol and diesel. The transport sector is witnessing a big change. We want to make a country which will not be dependent upon the import of petrol and diesel but will export fuel.”

By importing diesel and petrol, Gadkari who is famous for his frank view asserted,

"We are making countries richer which also finance terrorism".

However, the road transport and highway minister did not name any country specifically. But he further affirmed that a decrease in the import of diesel and petrol can solve a lot of issues that the country is presently facing. He said that it is unfortunate that this nation has to import aluminum and copper even though they have these metals in abundance. He emphasized,

"Economy and environment are important… there is a need to protect the environment and ecology, but development and infrastructure work should not be stopped."

Referring to the problem of the latest power shortage in some parts of India, he said the condition of state-run Discoms is very poor. He further noted that in the upcoming days, India would require more power as there are chances that the economic growth of the country will escalate. He said,

"So, probably in December, January, February, March, April, and May, we may face the problem of power shortage. We were surplus in power, now we are facing a power shortage."

The price of green hydrogen cost that is made by the process of electrolysis is predicted to be nearly Rs 350 per kg and the center aims to bring it down to Rs 160 per kg by 2029-30. Ambani also affirmed that India can set higher targets of attaining under $1 per kg new-age emission free cost of fuel within a decade. Such low valuation will make the plan of India to create green hydrogen plants to operate on the electricity that is produced by the green source of energy a value proposition. Along with offering grid scale storage feedstock and solutions for the production of ammonia, hydrogen can be availed for fuel cells and is being used for transportation and for the applications of mobility.

Will Green Hydrogen Help India In The Power And Transportation Sector?

The production of green hydrogen is done by splitting water into oxygen and hydrogen by using an electrolyzer that is powered by electricity from the sources of green energy like wind and solar. With most areas of this country receiving nearly 4-7 kWh (kilowatt-hour) of solar energy every square meter every day, the role of green hydrogen looks like an exact solution to help India in meeting its energy requirements. The low wind and large landmass of India and the solar tariff can be at an advantageous position in producing low cost ammonia and green hydrogen for the purpose of exports. This in turn blisters the geopolitical heft of India. On 15 August 2021, a national Hydrogen Mission was announced by the Prime Minister Narendra Modi.

How It All Began? Saudi Arabia And Green Hydrogen

The steady Red Sea breezes and Sun scorched expanses make the northwest tip of Saudi Arabia the real hub for green hydrogen. As the governing authorities in Saudi seek less polluting alternatives to hydrocarbons, the largest crude exporter across the globe do not aim to give up the evolving hydrogen business to China, Australia, or Europe and lose a huge source of income. So it is creating plants worth $5 billion that are completely powered by the wind and sun which will be among the world’s largest makers of hydrogen when it initiates in a structured megacity of Neom in 2025.

The job of shifting a patch of desert that is the size of Belgium into a metropolis that is powered by renewable energy is bestowed upon Peter Terium. He is the former chief executive officer of RWE AG which is Germany’s clean energy and utility spinoff Innogy SE. According to him,

“There’s nothing I’ve ever seen or heard of this dimension or challenge. I’ve been spending the last two years wrapping my mind around ‘from scratch,’ and now we’re very much in execution mode.”

Hydrogen is metamorphosed from a niche source of power that is used in zeppelins, nuclear weapons, and rockets into large businesses, with the EU alone providing $500 billion to construct its infrastructure. Huge barriers remain to the gas becoming an important part of the transition of energy and skeptics point out the weak track record of capitalizing on what should be a competing edge in the renewable sector, especially the solar sector where the number of plans compared to the operational green hydrogen projects are way more.

But the nations are pushing themselves for positions in the upcoming global market and as per the hydrogen experts, the kingdoms are listed to watch.

“The U.K. is hosting 10 projects to heat buildings with the gas, China is deploying fuel-cell buses and commercial vehicles, and Japan is planning to use the gas in steelmaking. U.S. presidential climate envoy John Kerry urged the domestic oil and gas industry to embrace hydrogen’s huge opportunities.”

That should imply numerous potential users for the plant known as Helios Green Fuels. Saudi is setting its view on becoming the largest supplier of hydrogen across the globe. According to Shihab Elborai who is a Dubai-based partner at a consultancy,

“You’re seeing a more diversified portfolio of energy exports that is more resilient. It’s diversified against any uncertainties in the rate and timing of the energy transition.”

Strategies have been announced and blueprints have been drawn, but still, these are the early days for this industry. The production of hydrogen is expensive without expelling greenhouse gases and is difficult to store and is highly combustible.

Green hydrogen is made by using renewable resources rather than fossil fuels. The present production cost of green hydrogen every kilo is a bit less than $5 as per the International Renewable Energy Agency.

Saudi Arabia has a competing advantage in its constant wind and sunshine and vast areas of unused lands. The cost of Helio will likely be among the lowest across the globe and can also reach $1.50 every kilo by 2030 as per BNEF. This is cheaper compared to some of the hydrogens that are produced from some of the non-renewable sources today.

Saudi Arabia further asserted that it would use one of the biggest natural gas projects of the world to produce blue hydrogen as efforts are being stepped up to export a fuel that is seen as important to the transition of green energy.

The Bottom Line: What Is Being Done Now In India?

An array of green hydrogen companies in India that include NTPC Renewable Energy, have come into the play with green hydrogen in India. This unit is setting up the largest solar park in India of 4.75 GW in Gujarat and aims to make green hydrogen there on a huge commercial scale. This company has also called bids for the purpose of setting up a pilot project for blending this hydrogen with natural gas for the purpose of a city distribution network. Apart from that many other green hydrogen investments have started to come in. The needs for inputs are in place to accelerate production cost down with over half of 817 GW of the electricity requirement of India.

1. What is green hydrogen used for?

There are many uses of hydrogen. Green hydrogen can be utilized in industry and can be stored in prevailing gas pipelines to power household objects. It can transfer renewable energy when converted into a carrier such as a zero-carbon fuel for shipping, ammonia, for instance.

2. How is green hydrogen produced?

The production of green hydrogen is done by splitting water into oxygen and hydrogen by using an electrolyzer that is powered by electricity from the sources of green energy like wind and solar.

3. What is green hydrogen India?

On 15 August 2021, a national Hydrogen Mission was announced by the Prime Minister Narendra Modi. This will help India to be less dependent on other nations for fuel for transports and also for electricity as it uses renewable energy and solar power.

Know How You Can Earn TiV Rewards While Gaming

Why Is There An Abrupt Indian Semiconductor Industry Growth?