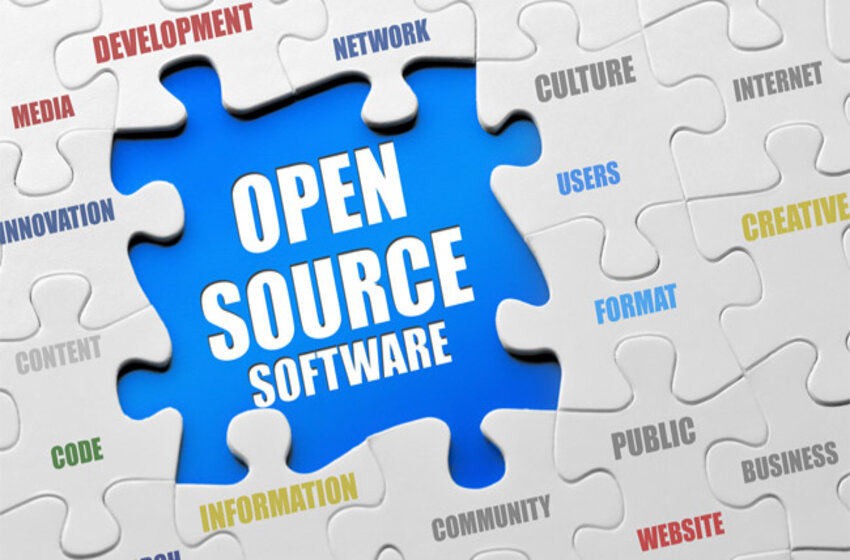 The best open source software makes it easy and simple to perform common computing activities without the need to pay a license fee or subscription for everyone from business to home users.

What Is Open Source Software?

An open source software is any type of program where the developer associated with it chooses to release the source of the code for free. Whenever the software receives a license of open source, it implies that anyone in the world can modify, download, and distribute it without paying any fees to its original developer.

Since this idea of open source took off as a software development philosophy during the end of the 1990s, it altered the world. Estimates even predict that a mind-blowing 96% of all the web servers across the globe are operating on some form of open source Linux OS, for instance.

It is crucial to remember that open source does not imply “free”. There are many companies that release their software for free but keep complete copyright ownership of their codes so that other developers cannot modify the software. By contrast, flourishing open source ventures are constructed on the hard work of potentially thousands of associates who have voluntarily given their time to formulate something awesome. So in this article, we will see the 10 best open source software that you can use in 2021 and beyond.

The first type of open source software is the Libre Office. With support for spreadsheets, documents, presentations, databases, diagrams, and mathematical formulae, this company is mainly a free version of the world’s most famous office productivity suite, the Microsoft Office 365.

There are many who would argue about the fact that Libra Office is more feature equipped of the two. This is because of the dedicated community of the developers which add new elements and tricks all the time.

The second open source software example is the VLC Media Player. VideoLan Client or VLC media player is a lightweight app that has been formed by a group of open source developers known as the VideoLan project. This media and video player has been leading the industry for many years now with respect to popularity, and it is not difficult to see why. Users can use the VLC media player to open video and audio files in any format without the requirement to add any extra codes.

It also operates for the streaming media like the online radio stations and podcasts. But perhaps the biggest feature of VLC media players is their playback control. The user can change almost everything about their display of the media from hardware optimization to the adding of subtitle files from any other or third-party source.

GIMP is one of the most popular and well maintained open source software tools that are presently available. It has been highly appreciated by the Linux users since its inception in 1996. This software is about as close to editing image power, and flexibility of the Adobe Photoshop platform as the user is likely to get it for free. This is a great open source software for windows.

It is an in-built support for layers, automatic enhancement of photos, and filters. It also enables the users to easily create new elements of graphic design and things can be really taken to the next level by just downloading the plugins that are formulated by the broader GIMP open source community.

The next in our free open source software list is Shotcut. This is an open source video editing software. It is among those open source programs that really illustrates how much a dedicated community of developers can develop a platform in a given time. In the previous versions, the interface of Shotcut was a little bare, but the later upgrades have added an intuitive timeline, extra dockable panels, and other touches that put this software in the sample line as a premium video editor software like Adobe Premiere Pro.

Brave is a web browser that is constructed on Google’s open source Chromium project. This browser has been created to keep all your browsing activity private as it automatically disables the website trackers and blocks pesky advertisements. To enable even more safe browsing, it consists of an in-built TOR function.

The biggest advantage of using this browser is that the user can access thousands of extensions from the Google Chrome store and also enjoy a faster browsing experience. This is because Brave is less of a resource hog than the regular chrome package of Google that offers it a boost in performance when loading pages.

Audacity is a free audio editor that operates on Mac, Windows, and Linux systems. Even after two decades of its launch, this is among the most widely available open source software.

After the installation of this nifty software, the user will find everything that they will require to edit, record, and for the enhancement of the sound files. What’s more, thanks to the huge developer community that supports this initiative. The user can also use the library of Audacity and also add any feature that is not there by default. This will enable the user to perform everything from auto-tuning their track to adding sound effects.

There are many great password managers in the market, but the KeePass password safe is different from the crowd because of its comprehensive set of features and simple setup. It avails industry-standard AES encryption and 2FA to keep all your account details secure and safe.

This open source software also deserves a special mention as the best open source because of its portability. Even though this program can be installed on Mac, Windows, and mobile devices, the user can also store their database and the program on a USB stick for the purpose of safekeeping.

Before, if you have used Microsoft Office, you will be familiar with the benefits of being able to check many email inboxes in one place. That is what exactly Mozilla Thunderbird enables the user to do, but with a twist of open source. It is an email client that has been developed by Mozilla.

This arrives with many cool tricks that allow the user to deal with their emails more efficiently. The user can link emailed updates of events along with an inbuilt calendar or even check the latest news with an RSS reader.

FileZilla is a free FTP (file transfer protocol) client that enables the users to manage the server file systems remotely. If the user owns their own website, they will already know that doing FTP functions via a web client can be a disappointing experience, and FileZilla offers a far more pleasant and consistent FTP experience than the user can get with the default FTP applications that most web hosts provide.

Obviously, we cannot end this list without mentioning the most famous open source software that is present around us, Linux. Linux was first launched in 1991 and since then it has changed into a big family of varied Operating System distros that includes desktop variants like the Chrome OS, LAMP, and Ubuntu.

In its initial years, this software was only run by a handful of coders due to the installation’s difficulty and the amount of tweaking that was required by this system to operate. However, in recent times, the developers who are associated with the popular Linux distros have made consolidated efforts to turn them into more user-friendly packages.

Open source software is important to developers in constructing a career while enabling them to operate on some of the largest platforms around the world. However, it also opens avenues for innovators who wish to contribute to projects related to open source. Lastly, it makes the lives of many businesses easier by offering them customized solutions.

List Of The Best Matrimonial Apps In India For 2021