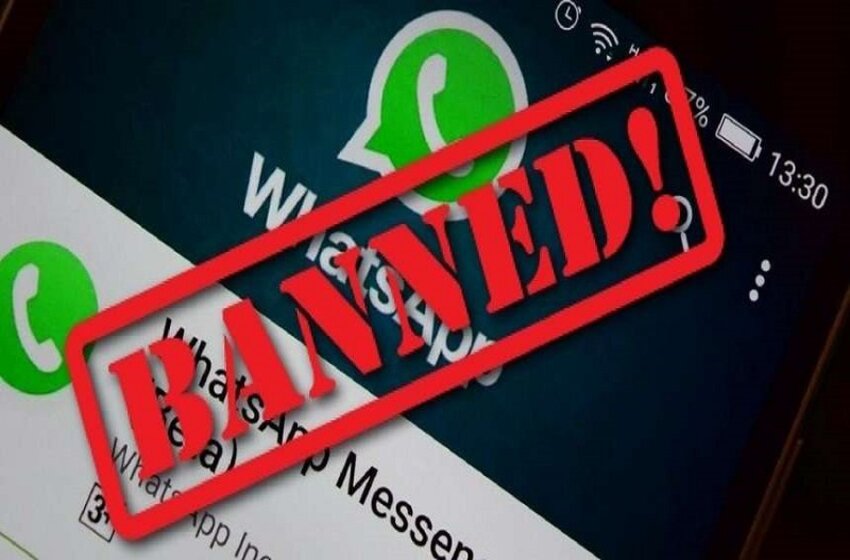 Recently over 2.2 million Indian WhatsApp accounts banned by WhatsApp while 560 complaint reports were registered by this social media platform in September, as per its compliance report. Let us have some WhatsApp news today.

In its current report regarding the WhatsApp ban in India 2021, released on Monday, WhatsApp asserted that nearly 2,209,000 accounts of Indian origin on this platform were banned in the month of September. It added that an Indian account is identified with the phone number that starts with +91. According to a WhatsApp spokesperson,

"WhatsApp is an industry leader in preventing abuse, among end-to-end encrypted messaging services. Over the years, we have consistently invested in Artificial Intelligence and other state of the art technology, data scientists and experts, and in processes, in order to keep our users safe on our platform."

In agreement with the IT Rules 2021, WhatsApp has published its report for the fourth month for the period of 30 days from 1-30 September. The spokesperson further added that,

"This user-safety report contains details of the user complaints received and the corresponding action taken by WhatsApp as well as WhatsApp's own preventive actions to combat abuse on our platform."

Previously, Meta (before known as Facebook) stated that over 95% of this ban happened because of unauthorized usage or bulk messaging. The average number of accounts globally that was banned by WhatsApp to stop any kind of abuse on the platform is nearly 8 million accounts every month. This is the WhatsApp latest news in India.

In the latest report, WhatsApp said that it received 560 user reports spanning through account support (121), product support and other support (49 each), ban appeal (309), and safety (32) in the month of September. During this time the number of Indian WhatsApp accounts banned 2021 was based on the reports received.

WhatsApp says that the “Accounts Actioned” implies remedial actions that are taken on the basis of the reports received. Taking actions imply either restoring the previously banned accounts as a result of a complaint, or banning an account.

Also, there are chances that the reports may have been reviewed but not denoted as “Actioned” for several factors that includes the requirement of the user to access their accounts or to avail some features, restoration of user-requested banned accounts, and the request is denied, or if reported accounts do not hinder the Indian laws or the Terms of Service of WhatsApp.

In this scenario, Indian WhatsApp accounts banned nearly 2 million users while reports of 420 grievances were received by the social platform in August. The latest IT rules which was enacted in May 2021, needs a large digital channel with more than 5 million users to publish complaint reports each month, asserting the details of complaints that were received and the actions taken.

Previously WhatsApp has concentrated on being an end-to-end encrypted platform, having no visibility to the contents of any message. Along with the behavioral signals from the accounts, it depends on the available unencrypted data that includes user reports, group photos, profile photos, profile photos, and descriptions along with advanced AI resources and tools to detect and then stop abuse on the platform as stated by PTI SR RAM.

Recently, Indian WhatsApp accounts banned by WhatsApp based on the complaints that were received by them. It had received 560 complaints in the month of September and hence they had to take the required actions. They identified the Indian number by seeing +91 in the beginning of each phone number. This was done to stop any kind of abuse on this platform.