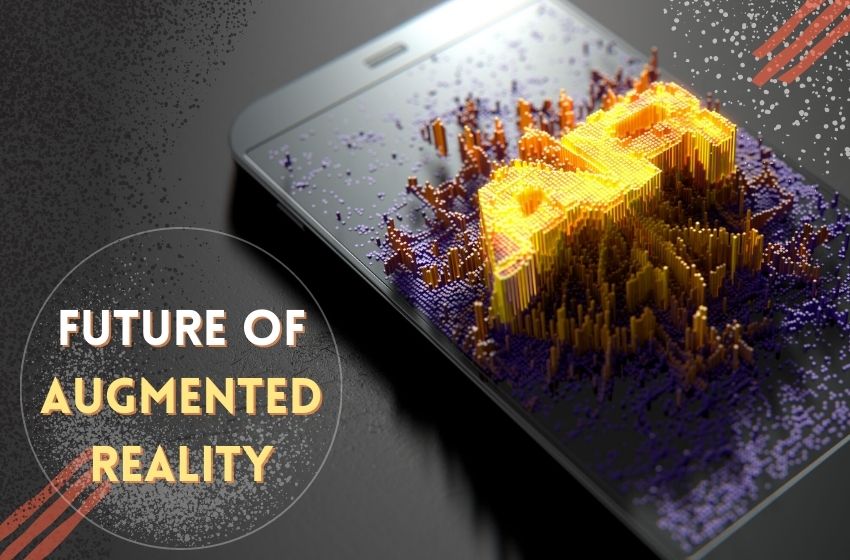 You may be astonished to know that AR (Augmented Reality) has been in the technology space for over 50 years now. Way back in 1968, Ivan Sutherland formulated a prototype of the head mounted device of the AR and termed it as the Sword of Damocles. In the year 1990, Tom Caudell, a researcher along with Boeing termed this as Augmented Reality.

The AR technology kept on evolving and finally in 1992, an AR system was crafted by the US Air Force Research Laboratory that is fully immersive, rather similar to the game realities that we are stuck on presently.

Since this technology has been put to use by NASA, it has been used in LIVE broadcast, theater production, the automobile industry, and even in the Esquire Magazine to feature Robert Downey Jr, where the readers are being addressed by him every time the magazine is opened.

The Future Of Augmented Reality

We are highly becoming more dependent on software and applications that are based on AR, which is the reason Amazon, Apple, Microsoft, and Google are making heavy investments in AR. The total market value of AR mobile devices will shoot over $1.5 billion in the upcoming times. So the future of augmented reality is ready to redefine ours. Here are some of the Augmented Reality trends 2022 for better understanding. You can also consider these trends like augmented reality future predictions.

A future vital retail trend is the application of AR assisted shopping apps. Nearly 100 million people are expected to use this technology in the upcoming few months. In a survey, 50% of people stated that they are interested in shopping from retailers who use the technology of AR.

This collaboration of AR into shopping has been made possible by the increasing growth of sales of the mobile devices that support AR and now reliable and unfailing AR technology can be employed by the retail industry which will be of advantage for many from consumers to retailers to manufacturers and also to the distributors.

The outdoor navigation market is dominated by Google Maps. But not many invasions have been made into indoor navigation. The future of augmented reality is ready to change that. You might think that why is indoor navigation such a huge thing? But if you have traveled to a large airport, a sprawling university campus, a big hospital, or a towering office building with signs that confuse you, you will be aware that people get ruffled trying to figure out their way to the destination. So when we think about the future of augmented reality in our everyday life, this is the first thing that crosses our minds.

But, AR can offer you with detailed directions and people who find reading maps difficult can use it with ease as this technology will provide a 3D rendering of the place with careful navigation on which turns to take, distance indications, and arrows.

The ARCore of Google and ARKit by Apple are operating on apps and software that will soon put to an end all your navigational agony. Google has already integrated AR walking guides and instructions with its Maps. The users are simply required to point and swivel their phone camera around themselves to get data in real-time.

3D models on our computer screens are past now. With computer scientists enhancing and pottering the AR (Augmented Reality) technology, very soon an immersive realistic replica of the product being designed will formulate a new benchmark of product development.

Ford, which is a very famous automobile company, has already approximately adopted AR to create designs of cars. This is predicted to save time and slash production costs.

What happens when the two popular technology trends join hands? Development in all sectors of human endeavors, of course. The two sectors that the future of augmented reality holds to benefit are healthcare and computation. Human-machine systems showing the AR-AI team can precisely diagnose diseases, suggest the best course of action, and predict outcomes to doctors.

Likewise, computer technology is likely to get a hike. Enterprises like Walmart, Amazon, and Alibaba are highly dependent on their recommendation engine that in turn relies on data analysis and machine learning to deliver the best possible outcomes and hits. But what if they were to come out of the browser and into reality? Mixed reality, Augmented reality, and artificial intelligence can together smoothly predict consumer requirements based on their search history, profiles, and purchase history.

The Future Of AR Will Revolutionize Search Engines

WebAR is something the globe is waiting for with deadened breath. Chrome AR has already been launched in 2020. The reason for everyone’s excitement about WebAR is that it assures a futuristic browsing journey that is powered by augmented reality. Mainly, when you click and open any link, your camera will be activated only with your permission and the content will be transmitted in AR form. Browsing will then become an immersive journey. You will not be needed to install specific AR-supporting applications when you use WebAR.

Following in the journey of Chrome, Mozilla too is testing with AR to make it accessible with Firefox.

The inability to predict possible flaws in architectural plans, structural failings and the inadequate imposition of the safety regulation lead to fatalities and injuries. But such destructive accidents can be avoided with the help of AR (Augmented Reality).

When towns are being broadened or the latest construction plans are being drawn up, AR can help the architect to view where things can be wrong. Similarly, managers in various professions like timbering, mining, and fishery can anticipate and hence discard workplace injuries with the support of Augmented Reality.

The whole space is looking forward to the future of augmented reality as it can make all of our lives more safe and hassle-free. Augmented Reality can make the impossible possible. Humans have always strived to enhance themselves via invention and exploration. AR is a portrayal of this intrinsic human feature.

The future of virtual reality on the other hand an investment in VR will grow by 21 folds over the next 4 years, attaining 15.5 billion euros by 2026.

Blue Moon Lander: An Important Exploration To Launch By 2024

Spacecraft Enters Sun Corona For First Time In The History