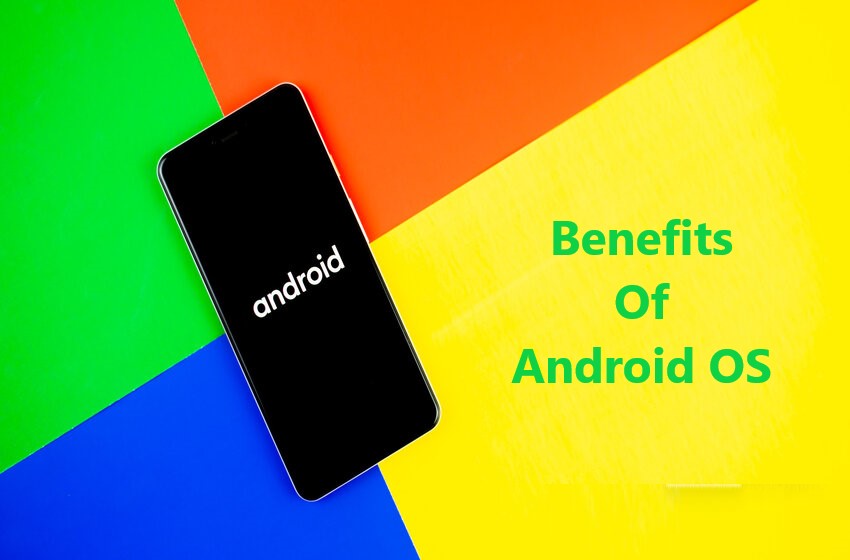 Apple is a tech industry leader with a great reputation and highly coveted items. Despite this, Android has gathered a strong 86.2 percent of smartphone sales in the recent market. How did Apple’s largest rival slip past itself in the tech dominance domain? In this article, we are going to have a look at some of the benefits of Android to get this answer. But before that, we need to know about something more important.

What Is Android Operating System?

The Android OS (Operating System) is a mobile OS that was developed by Google (GOOGL) to be initially used for touchscreen devices, tablets, and cell phones. Its design allows users to manipulate the devices intuitively, with finger movements that replicate common motions like pinching, tapping, and swiping.

This was first developed by Android, Inc, which is a software company that is situated in the Silicon Valley before Google bought it in 2005. The electronic industry and investors have questioned the true motive of Google for entering the mobile industry since that acquisition. But in any scenario, soon after that, Google declared the impending rollout of its initially commercially accessible Android powered smartphone in 2007, even though that product finally hit the market in 2008. But what made this OS so popular that it is dominating the tech space? This article will help you to find the answer. With that, we will have a look at the benefits of Android in the next section.

Android is the most famous mobile OS across the globe. It has altered beyond recognition since it was launched in 2008 and is presently powering some of the best smartphones ever created. But to understand what makes it so popular, we will have to look at the benefits of Android OS.

1. You Can Sideload Apps Beyond The Play Store

If you cannot find an application that you are searching for in the Google Play Store, you can bypass it with just another few taps on your phone settings, depending on your smartphone. Having an Android smartphone offers you the freedom to install non-Play Store applications as well. You are not restricted to installing only the Android apps that are there on the Play Store but rather from third parties also.

Devices that work on Android systems have several hardware configurations to offer to users. You get your wish of processors, amounts of RAM or storage, battery sizes, and support for removable storage such as the use of memory cards.

There are choices that cover a wide spectrum of sizes, shapes, and feature sets. Most hardware developments arrived from Android, too, that include in-screen fingerprint scanners, bendy phones, and pop-up selfie cameras.

Filling up your storage is not an issue for many Android phones with its feature of expandable memory. Via removable storage like memory cards, Android users can effectively put added memory storage to support their requirements. You can save your favorite applications to a memory card, along with photos and videos.

The next advantage of android development is about Widgets. Widgets are for those information or applications you wish to know right away, like a calendar and its reminders, relevant news headlines, weather forecasts, and a lot more. Some are for grabbing info fast; others provide convenient controls, like for your media applications.

Even though iOS smartphones offer widgets, they are a lot more complex and capable. They enable you to access crucial information with the least level of tapping and scrolling.

As you know, Android is an OS that serves a broad spectrum of smartphone brands across the globe. This implies that there is a wide variety of devices to select from.

Every brand provides distinct features and hardware to reflect its target markets and brand. Android smartphones differ in size, camera pixels, battery life, style, phone storage, and many more. No matter what your budget is, or how big a screen you require, you will find an Android device that suits you.

The fast charging in Android is enticing enough when it is about why choose Android over other OS. But, there is another added Android charging benefit: wireless. The potential to charge devices wirelessly has been a big benefit of Android for some time now, whereas iOS has just lately offered this feature. This is a great advantage of Android over iOS.

Since Android is a Google item, users having a Gmail account can have access to cloud storage that is supported by the company itself. This implies that users can sync devices by using Google accounts. Moreover, Google offers 15GB of free cloud storage to each user which is good for an average user using it for personal uses.

With Android operating on a device with good hardware specs, as a user, you can have several apps running simultaneously. You can continue to listen to music as you look at your messages or download files that you have received or even upload them from your drive or device. There are a lot of Android application development entities that create applications based on Android that is very helpful in our daily lives.

Google Android is supported by a broad community of developers and also customers who continue to give feedback about the offerings, their benefits, and drawbacks. As an outcome, there is a constant check on the features and codes, making alterations and modifications, bringing in better upgrades all the time. This is one of the purposes why Android is always adding the latest features while eliminating older ones that users do not like.

Android Google as the name narrates, comes from the tech giant Google LLC. Android OS (Operating System) is highly famous across the globe and it is evident from the fact that Google Play Store provides over 2 million apps to download and install on devices operating on it. A wide spectrum of devices operates on this OS including tablets, watches, audio players, smartphones, TVs, and PCs. There are several advantages and disadvantages of android, but in the above article, we have discussed the benefits of Android and what makes it so distinct from other OS like iOS.