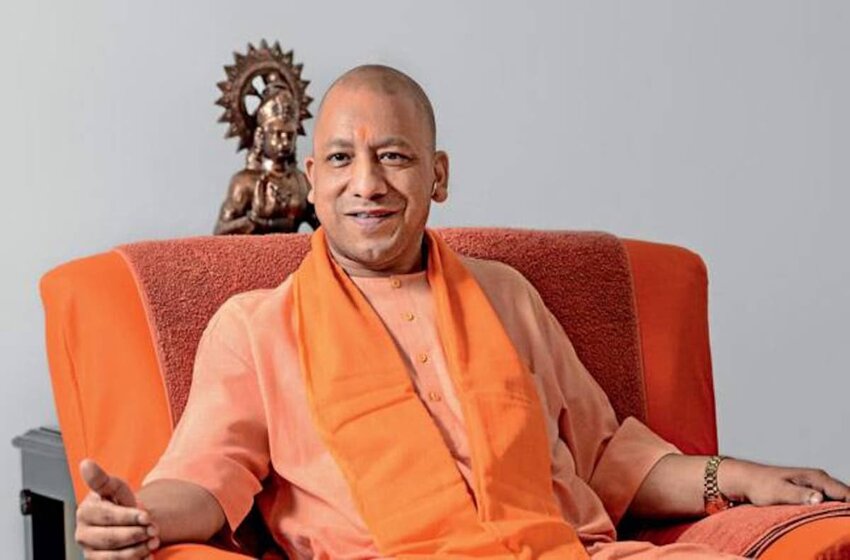 “The route to power in New Delhi goes through Uttar Pradesh”, but what is Uttar Pradesh offering us? Barren land with just dead bodies and vivid discrimination based on religion? Hold straight, this is just the beginning. Just like its population, Uttar Pradesh has a million stories that need to be told. We would like to begin this piece by offering you a glimpse of what the whole article deals with. In the words of Yogi Adityanath, the sitting chief minister of Uttar Pradesh,

“If they take one Hindu girl, we will snatch at least 100 Muslim girls from them.”

Yogi Adityanath real name Ajay Mohan Bisht, if still unknown to you, is the sitting chief minister of the largest state of India, Uttar Pradesh. Yogi Adityanath caste is Thakur and he is a Hindu by religion and that’s where everything started. He is in charge of handling a state that is a complete mix of religions, and what he is trying to do is segregate the mixture. Now if you try to separate salt and sugar from a salt-sugar solution, you will end up doing a massacre, and that is exactly what is happening in Uttar Pradesh, the “Heartland of India”.

Critics have termed Yogi Adityanath everything from a “fire breathing monk” to a “warrior priest” and for a good reason. Despite his holy servings, Yogi is renowned as India’s one of the most aggressive and dangerous political leaders. He has been the tip of many controversies regarding the claim to attain a Hindu state in Uttar Pradesh. This article which has been referred from Vice.com will talk about all the scary aspects of the UP government which is often unheard. Watch the full video here.

Note: This video cannot be accessed through Indian servers, so use a VPN.

“This is a person who is willing to use live ammunition against protestors in his own state. And then he has asked them to pay for any damage done during the protests.”

Yogi Adityanath is a high priest and an extreme Hindu nationalist. According to him, India is a Hindu country for Hindu people, and his anti-Muslim hate speeches serve the main reason for the divide in India, primarily in Uttar Pradesh. Forgetting the secularism that has been given to us by the Indian Constitution, he said in a speech that if one Hindu was killed by a Muslim, then one hundred Muslims should be killed in return.

“I would say that he has attracted as his followers some of the most hardline, xenophobic, bitterly anti-muslim and anti-christian elements of the Hindu nationalist movement.”

The problem lies in the fact that Adityanath is decorated as an ideal politician from the outside, but from inside he is crippled with religious dogmatisms. In the last decade, he has become one of the most powerful politicians in Indian politics, with millions of people following him blindly. And he used that power to instigate deadly riots, bulldoze mosques, and rename cities to erase their Islamic history. In a speech referring to the mass he said,

“In UP, after BJP came to power we renamed Faizabad to Ayodhya.”

Even after several criticisms, the political state of Uttar Pradesh has seen no improvement, rather it is going more down to destroy the state on a religious basis.

Swara Bhasker who is an actress and an activist said,

“This is a government that has lost the moral responsibility to rule, and Yogi Adityanath should resign.”

Uttar Pradesh is the biggest state in India (in respect to population) and is known as the golden goose in Indian politics. It is said to be the political heartland of India. But despite that, it has seen no prominent developments except few temple establishments. Neither there has a decrease in rape cases nor they have worked towards increasing the sanity in houses in rural UP. With this respect, there is a saying by the famous stand up comedian Kunal Kamra which is an irony that needs to be quoted,

This implies that with so many temples in UP if we consume so many holy offerings, we will be needing toilets to discard that, but that is not there. UP stands in 30th position of toilet availability in their houses.

Now coming to the anti-Muslim approach of Yogi Adityanath, being the chief minister of UP, India, a country that promises to offer equality to every caste, creed, religion, and gender.

UP is home to around 200 million people, almost a quarter of whom are Muslim. To put that into context, there are more Muslims in Uttar Pradesh than in the entire country of Saudi Arabia. And since becoming the chief minister, Adityanath has turned the lives of Muslims there into a living hell.

A report on NDTV said,

“Yogi said there is no place for others in places where there are more than 40% Muslims.”

As per Yogi’s statement,

According to journalist K A Shahi,

“He ensures zero representation for over 35% of the total population of the state, who are Muslims. It turned that state into one of the most violent parts of India.”

The fact that he became chief minister of Uttar Pradesh, effectively the third most political position in India, marks the moment where Hindu nationalism really begins to look scary. But the story of Yogi and his political activities does not stop here. When the world, especially the youths, is trying to bring unity, Yogi continues to put his foot in to not let that happen.

Yogi has been influential in spreading a right-winged conspiracy theory known as “love jihad”. This is the theory that states that the Muslim men are intentionally marrying Hindu women and converting them to Islam. According to a news report by NDTV,

“He cited an Allahabad High Court order that said that religious conversion for the purpose of marriage is not acceptable to declare that his government would curb love jihad.”

But many condemn this fact and terms it false. According to K A Shahi,

“It is actually false, it does not exist. And even his own government, his own central government, denies its existence.”

But Yogi laid that law and even did not step back from giving death threats, and that too was merely for inter-religion marriage. While addressing the mass he said,

“We will usher in an effective law for those people who are secretly hiding their identity and their ideology to disrepute the modesty of our women. This is a warning to them in advance if they do not mend their ways their death procession awaits.”

With this reference let us look at a case study by India Today:

This is 22 year old Pinky, now back home after spending nearly ten days at the Nari Niketan in Moradabad, where she claimed to have suffered a miscarriage. Pinky was sent to the shelter home after her marriage with a Muslim man and was termed illegal under the new love jihad ordinance.

This is also not the end, with Yogi Adityanath popularity the UP police has turned fierce and emboldened. During the protests that are led by Muslims, police had an open fire where 20 people were killed. Oh! Sorry, murdered. According to Dhume,

“He has empowered the police to act effectively as vigilante death squads.”

Swara Bhasker feels that there is a complete breakdown of law in Uttar Pradesh and something needs to be done about it. The BJP government, keeping the Yogi’s government in focus, is slowly turning its route into becoming a fascists state.

Youth Are Also In Dange At Yogi’s State

But it isn’t just the police who have been empowered by the Yogi’s rhetoric. Civilians are taking action too. He is the founder of a youth organization called Hindu Yuva Vahini who has been responsible for violence and intimidation across the state. Dangerous gangs known as Anti Romeo Squads terrorize people across the region under the protection of Yogi. He asserted,

“We will put all TMC Romeos behind bars.”

He began the Anti Romeo Squad before he became the chief minister of Uttar Pradesh. This squad initiates violence against girls and boys who enter into relationships beyond their religion. Yogi further said,

“To safeguard the interest of our sisters and daughters we will create UP as anti Romeo squads.”

But these may seem very small to what he said while sharing his stage with members of his youth organization during one of his speeches. There Yogi looked on as one man called for Hindu men to rape the corpses of Muslim women.

Swara Bhaskar, showing deep condolence for the future of this state said,

“We are literally in the middle of a rape epidemic, in UP especially but also in the rest of the country.”

It is really difficult to draw a line of conclusion, as the cases of Yogi Adityanath continue to rise. What the future holds for Yogi is completely unknown. But tensions are rising in India, and he is the man driving them. Next year he will campaign for re-election as chief minister of UP and if the right decisions are not taken, the democracy of this nation having a primary focus on UP will be at stake.

Is The Bank Fintech Challenge Replacing The Traditional Banking System?