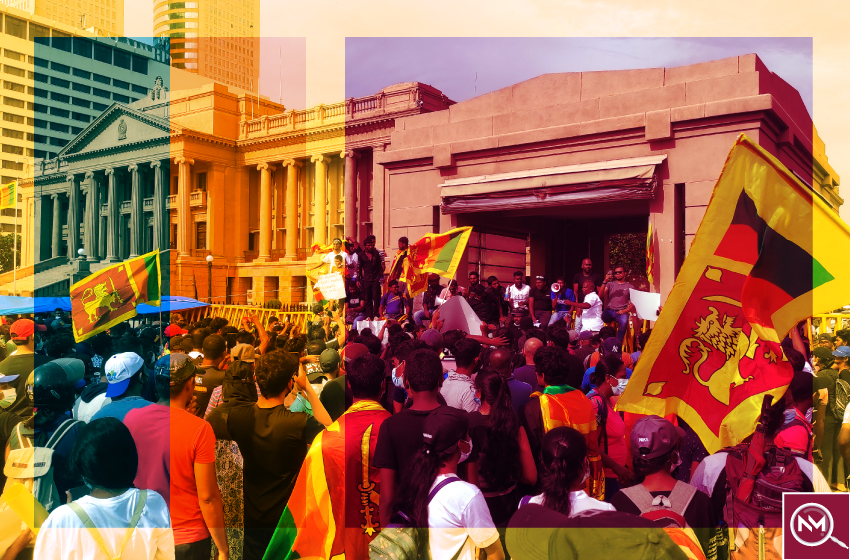 Sri Lanka has experienced the most detrimental economic crisis in the last decade. To make the situation terrible, Gotabay Rajapaksa, the President of the Island country, fled on a military jet. The news was confirmed by the nation’s air force that this 73–year-old power owner left for the Maldives along with his wife. Statements also suggest that he took two security officials with him for protection. He made such a move due to protests by the public that accused him of being responsible for the worst Sri Lanka crisis.

The President earlier promised to resign by Wednesday, July 13, 2022. However, an official resignation letter has not been received. For the time being, Prime Minister Ranil Wickremesinghe has been appointed as the acting President by Gotabay. He then announced a state of emergency and asked the military to restore order as furious protestors broke into his office and demanded him to resign as well.

The entire scenario of the Sri Lanka crisis just got worse as the President’s escape triggered a further backlash from the public. Before actually leaving the country, he was in captivity after protesters had barged into his office and flooded him with ‘Go Home Gota’ slogans. This was a huge blow to him and his political family that has been in charge of the island country for about a decade now.

The recent updates mention that he doesn’t intend to remain in the Maldives and might fly to a third country soon. In addition, his brother, Basil Rajapaksa, the former Finance Minister, also left the country and is expected to head toward the U.S.

Thousands of natives gathered on the streets of the Sri Lankan capital, Colombo, as soon as they were informed of the President’s escape. The city’s main protest spot, Galle Face Green, was also crowded. A stage was set up at these locations so ordinary people could speak their anger out. The fiery speeches immensely warmed up the atmosphere.

Earlier, distressing cries of “Victory to the struggle” took over the dissent campaign. The crowd of discontent has been continuously rallying against the government and its leaders who they allege to have ‘failed’ to fulfil their duties. To bring the situation under control, police had to fire tear gas to disseminate a group of protesters approaching the Prime Minister’s office. However, they still managed to storm the office along with other government buildings. This is when Prime Minister Wickremesinghe ordered the country’s military officials to do  “whatever is necessary to restore order.

"We can't tear up our constitution. We can't allow fascists to take over. We must end this fascist threat to democracy."

The above-mentioned statement rightly highlights that the government leaders are still trying to maintain ‘order’ in the country and are afraid of fascist invasion. However, no significant efforts were made to satisfy the native’s needs and curb the outrageous protest. This is why several discontent citizens have pledged to continue their efforts until both ‘failed’ government leaders provide an official resignation.

Also, these demonstrators were enraged as the Sri Lankan President chose to flee rather than take necessary actions to make the situation better. Further, they associated him with a lack of accountability and responsibility toward the nation.

G.P. Nimal, a protestor quoted by BBC, took his frustration out and commented that:

"We don't like it. We want to keep him. We want our money back! And we want to put all the Rajapakshas in an open prison where they can do farm work."

Further, they expressed discontentment due to the issues of frequent power cuts and a limited supply of basic amenities like fuel, food, and even medicines. The entire democracy is expected to be flattened if these grievances are not addressed properly. This protest was the biggest blow after the Sri Lanka economic crisis. The government leaders are in a state of distraught and it is high time for them to get things in control else the government might fall.

For now, it doesn’t seem that the Sri Lanka Crisis will find an end. However, speedy and planned actions might turn the tables soon.