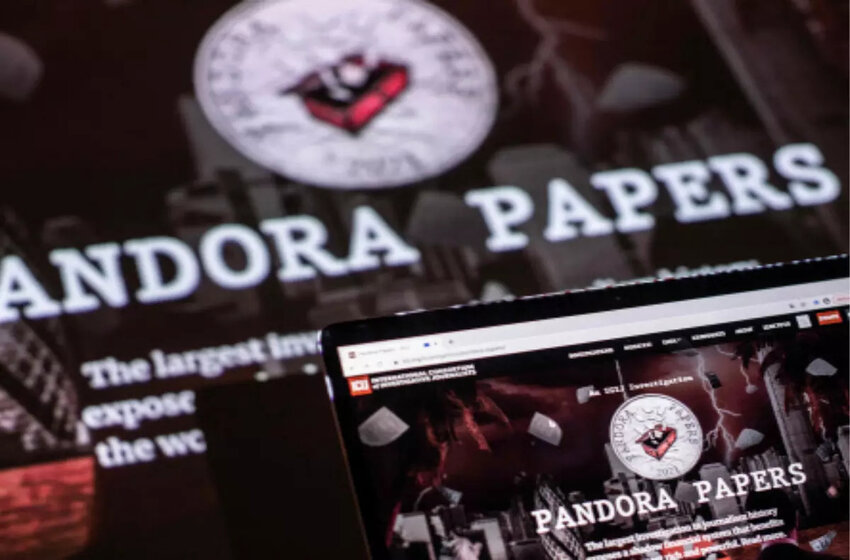 The Pandora Papers Leak has spilled out the names of the influential Indians, including businessman Anil Ambani and cricket legend Sachin Tendulkar. The leak has revealed the names of over 300 Indian personalities. This leak is considered the most significant leak globally since the Panama papers leak occurred in 2016. The Ministry of Finance had taken detailed note of the revelations that had been made in the Pandora Papers Leak.

“The relevant investigative agencies would undertake investigation in these cases and appropriate action would be taken in such cases as per law,” stated a press release issued by the ministry.

Government takes note of the data trove in the 'Pandora Papers' leak.
Govt issues directions that investigation in cases of Pandora Paper leaks as appearing in the media under the name 'PANDORA PAPERS' will be monitored through the Multi Agency Group headed by Chairman, CBDT. pic.twitter.com/XSnRBxiady

An official spokesperson of the Central Board of Direct Taxes (CBDT) of India mentioned that the pandora papers’ revelations are due for serious investigations. According to a statement to ANI, a team of representatives from CBDT, Reserve Bank of India, Enforcement Directorate, and the Financial Intelligence Unit will begin the investigation in no time. The chairman of CBDT will head the investigation.

The authorities of India stated that while many of the investments have been routed via offshore firms and are carried out with the objective of avoiding tax and maintaining secrecy, some of them are legit.

That being said, here is a brief of what the Pandora Papers Leak had revealed.

As per the report provided by the Indian Express, there are more than 300 Indian names reflected in the Pandora Papers Leak, of which 60 names are prominent ones. Additionally, the reports state that with time, all the names will be revealed. Here are some of the names that have been shown by far:

The besieged brother of the Richest Person In India has had his name in the leaked papers. In the documents, he had been accused of setting up offshore firms numbering 18 that have loaned and invested $1.3 billion. Of these, one is a promoter firm that owns the Reliance Capital of India.

“The Reliance Group conducts business globally and for legitimate business and regulatory requirements, companies are incorporated in different jurisdictions,” a lawyer on behalf of Anil Ambani told the Indian Express.

Sachin Tendulkar, the cricket legend, had been accused of setting up a firm back in 2007 that was liquidated in 2016 and valued at roughly $8.6 million. As per the CEO and Director of the Sachin Tendulkar Foundation, the legend’s investments are legit and declared in the tax returns of Sachin Tendulkar.

Nirav Modi’s sister, Purvi Modi, had set up a trust in the British Virgin Islands just a month before he fled in January 2018. Purvi Modi had been named in the Pandora papers Leak and accused of a $2 billion money laundering case that has been filed against Nirav Modi and Mehul Choksi.

Niira Radia, the corporate lobbyist, had reportedly set up a dozen firms where she conducted her offshore transactions via a former Credit Suisse banker, Sanjay Newatia. A report states that her name has been linked to a dozen offshore firms. Radia declines all the allegations and says that “accurate disclosures have been made to all relevant authorities.”

Satish Sharma, a Gandhi family friend, and a former Congress leader had set up a trust in 1995 during his tenure as the Petroleum and Natural Gas Minister. In 2015, he had also set up another trust when he used to be a Rajya Sabha member. It has been noted that Sharma was the protector of both the trusts, namely, the Jan Zegers and JZ II trusts, while his wife was the beneficiary.

In response to a famous news outlet, Sharma’s wife, Sterre Sharma, had mentioned that these trusts had been set up for managing his assets and passing on the inheritance to the listed beneficiaries.

Ajit Kerkar of Cox and Kings, who is currently in jail, had set up trust duos in the British Virgin Islands back in 2010. He had connections with at least six offshore firms that were set up between 2010 and 2016. Most of these firms had been reportedly set up by Kerkar and Shyam Maheshwari, a partner at Ares SSG group, which is an investment firm. Kerkar’s trusts are the guarantors for loans amounting to $79 million.

Biocon CEO Kiran Mazumdar Shaw’s husband, who is a British citizen, had reportedly set up an entity holding 19.76% in Biocon. It also has $85 million in several assets, including real estate and cash. Glentec has been registered with SEBI and RBI, stated Shaw in response to the queries that had been raised by famous news daily.

Some of the investments made by the accused have been reported in the Pandora Papers Leak and had been made to avoid taxes. However, these are not illegitimate if the disclosures have been made to the relevant authorities.