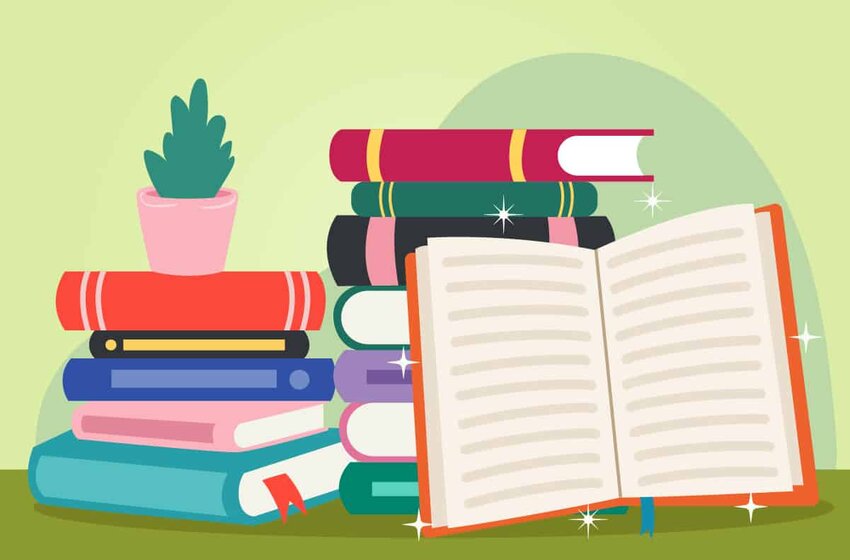 Everyone has varied preferences and opinions when it is to “the greatest books ever written”. From historians to casual readers, literary critics, and even avid readers, the debate continues to reach a certain conclusion. On this World Book Day, here is the list of some all time best books that any reader should read at least once in their lifetime.

With that, here is a list of 10 books that for varied reasons have been marked as the all time best books that world literature has ever seen. Also, this list is in no specific order.

10 All Time Best Books To Read

World Book Day which is celebrated on the 23rd of April is the day to celebrate and explore reading and on this World Book And Copyright Day 2022 we will do the same. As said by Stephen King,

“Books are a uniquely portable magic.”

With that, let us begin this article on all time best books that every reader should read to gain a different perspective of this world that we live in today. Here are the best books to read in life.

1. To Kill a Mockingbird

Many readers consider Harper Lee to be among the most influential authors in the world literary community. She popularly published only a single novel until 2015 when she released its controversial sequel just before she passed away.

This book was published on July 11, 1960, and it instantly became a literature classic. The novel talks about racism in South America from the view of a clever young girl, Jean Louise Finch. The novel includes some iconic characters, most prominently the compassionate and just lawyer ‘Atticus Finch’ who changed the perspective of people and stood as a role model at a time in the US when concerns regarding race were high.

To Kill a Mockingbird won the Pulitzer Prize for fiction in 1962 and this book was adapted into a feature movie the next year. The movie also received an Academy award in 1962, offering its characters and the narrative further influence and life over the American social space.

The Great Gatsby is a must read the book by American writer F. Scott Fitzgerald for anyone who is studying literature or English, which implies you may have to read that in school. This novel follows a young man who in recent times shifted to New York City and is assisted by a strange rich neighbor of suspicious origin, Jay Gatsby. This novel criticizes the idea of the American Dream and offers an insider look at the Jazz decade of the 1920s in the history of the United States.

Authored by Irish novelist, James Joyce, this book was first released in the year 1922. Largely thought of as a masterpiece, Ulysses is rhetorically exhilarating and dense. It has also become a topic of several volumes of commentary and analysis. The narrative of this novel is loosely related to events in Odysseus’s journey home after the completion of the Trojan War.

This novel primarily has three central characters Stephen Dedalus, Leopold Bloom, and Molly who are intended to be modern portions of Telemachus, Ulysses, and Penelope respectively. All the activities and events that make up this plot happens on a single day and in an instant around Dublin.

4. The Catcher in the Rye

This is among the all time best books that were written by J.D Salinger and were released in 1951. The narrative revolves around the life of the primary character, Holden Caulfield after he was suspended from the prep school for two days. Confused and disillusioned, Holden starts to look for the truth and rails against the “phoniness” of the adult world.

The central theme of this classic novel is the “loss of innocence”. The protagonist wishes to be the “catcher in the rye”, a person who saves the children from falling into the cliff. This is used as a metaphor for entering into adulthood. His name Holden is also prominent as it can be read as “hold on”.

Primarily titled “First Impression”, this novel is fondly regarded as among the most loved books among the literary scholars and the reading public. This romantic novel of manners was published in 1813 and is authored by Jane Austen. This classical novel centers on the volatile relationship between  Fitzwilliam Darcy; a rich aristocratic landowner and Elizabeth Bennet; the daughter of a country gentleman. This book is written with great character depiction and incisive wit.

Adventures of Huckleberry Finn, now called “The Adventures of Huckleberry Finn” is a novel by Mark Twain, which was published in the year 1884 in the United Kingdom and in the United States in 1885. The novel is among the most celebrated works of American fiction; with the 1885 novel denouncing the institutionalized racism of the pre-Civil War South.

Huck, the central character of the novel and narrator runs away from his abusive father, together with his friend, Jim the runaway slave. Both of them make a long and constantly interrupted journey down the Mississippi River in a raft. During their journey, Huck comes in contact with varied characters and types in whom the book memorably narrates almost every class living on or along the river.

Now famously shortened to Alice In Wonderland, this novel by Lewis Carroll is the most extensively beloved British Children’s book. Written by Lewis Carrol, the book was released in 1865 and it instantly became one of the most famous works of English-language fiction.

The narrative revolves around a little girl named Alice, who falls asleep in a meadow and starts to dream that she follows the White Rabbit down a rabbit hole. She has many interesting, often extraordinary adventures with thoroughly strange and illogical creatures. Alice often alters in size unexpectedly as she rises as tall as a house and shrinks to 3 inches in another part of the book.

This is a novel by the British author, Virginia Woolf. The novel revolves around the Ramsay Family, as well as their tour to the Isle of Skye in Scotland between 1910 and 1920. The novel involves little dialogues and nearly no direct action; instead, most of the book is written as observation and thoughts. “To the Lighthouse” is often cited as an instance of the literary technique of several focalizations. The book follows and widens the tradition of modernist novelists like Marcel Proust and James Joyce. So this is also among the best modern books of all time.

9. The Sound and the Fury

The Sound and the Fury is another all time best book to read on our list written by William Faulkner. The book uses many varied styles of narrative, that include a stream of consciousness. Released in the year 1929, the book did not instantly get the ground running in terms of popularity or sales. It was not until 1931 when Faulkner published his sixth novel which was later claimed to have been written only for money by him “The Sound and the Fury” also became commercially successful, earning Faulkner the critical attention and also the respect that he deserved.

Nineteen Eighty-four is an English Novel that has been written by George Orwell. The book was written as a warning against totalitarianism, repressive regimentation, and mass surveillance of people and behavior in a society. The novel takes place in a remote future, the year 1984. In this futuristic space of the novel, over 50 percent of the world had fallen victim to perpetual war, propaganda, and omnipresent government surveillance. This is among the all time best books on leadership.

How would the world look if there were no books to read? Even after the emergence of the digital era, the craze for book reading has still remained which is a good sign. On this World Book And Copyright Day, you should know about at least the top 10 all time best books that have changed the world of literature forever.

7 Most Creative & Easy Easter Decoration Ideas For This Year

Fun At Work Day: Amazing Ideas To Amplify Your Mood