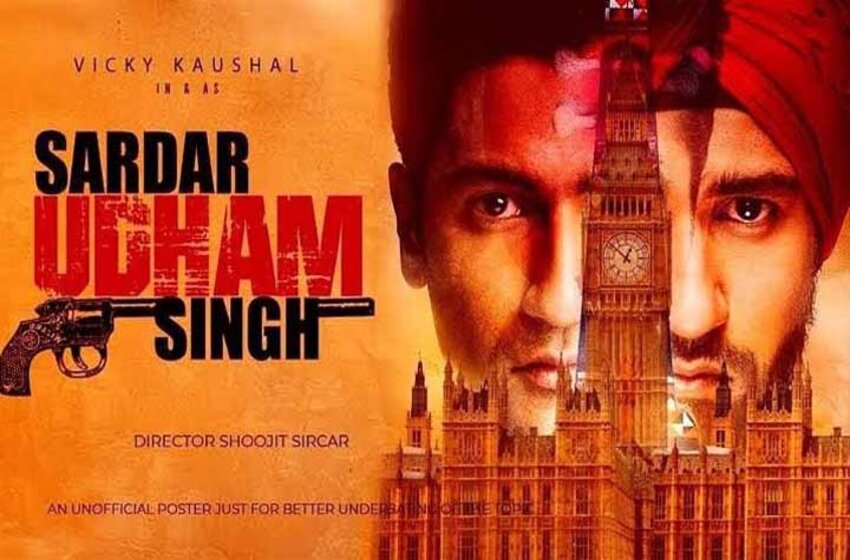 Biopics and nationalism in Bollywood have been a trend for the last few years, but nothing was as clean and specific as Sardar Udham Singh directed by Shoojit Sircar. You may wonder if the verdict is given while you have just begun to read. No! The real Udham Singh movie review is yet to come. Watch the Udham Singh movie trailer now.

For a long time now there has been a scrupulously constructed period narrative in Bollywood, but the plain bullying trap of Bollywood biopics has been shattered by Sardar Udham Singh that is presently streaming at Amazon Prime Videos. Vicky Kaushal has nailed his part and this is said to be his best performance to date. The intuitive and intense performance of Vicky Kaushal as Udham Singh offers us with a revolutionary hero of India’s freedom struggle as a relatable laddoo loving young lad who happens to see death closely and witnesses one of the biggest massacres in world history – the Jallianwala bagh massacre. This event pinched him so much that his decision to punish the guilt changed into a self-assigned mission.

This film raises the parameters for genre-based film in Bollywood that is often overlooked when working with any true story. The facts that are presented on the screen might not be completely correct. A disclaimer laid at the starting of the film that states even though this film is “based on true events” but the details that are offered by the two screenwriters, are packed to portray the sense of truth.

Despite the fact that the film is as long as two and half hours and takes the audience back and forth to the times of history, Sardar Udham Singh is the first film that is meaningful and gripping as it is the foremost measured character study done in Bollywood and not just an action driven saga.

The structure of the film is disconnected but yet that is all in rhythm is the well planned and the brutal massacre in the city of Amritsar in 1919. The background score by Shantanu Moitra added more life to this film.

The casting for this film has been made with great precision. The lead actor was fabulous and others also catered well to the film. Here is a Sardar Udham Singh cast.

What Others Have To Say About This Movie?

“In an India where generating fake news pays rich dividends, Shoojit Sircar has chosen to recount a remarkable - and painful - true story with a reliance on facts alone.”

As it is a Hindi movie is the YouTube link of Udham Singh movie review Anupama Chopra.

In this Udham Singh movie review, the plot has not been revealed for the audience to watch. The review was an assurance that this is a must watch a movie that has never been made in Bollywood before. The in-depth research, camera, direction, acting everything was on track and the delivery was excellent. The film rightly brings out the life and sacrifices of Sardar Udham Singh, a lad from Punjab, Amritsar without hyper glorifying his character for the sake of wired nationalism. The events are kept true to their origin and Vicky Kaushal nailed it. Udham Singh movie download can be done within Amazon Prime as well so that you can watch it even if you run out of data.