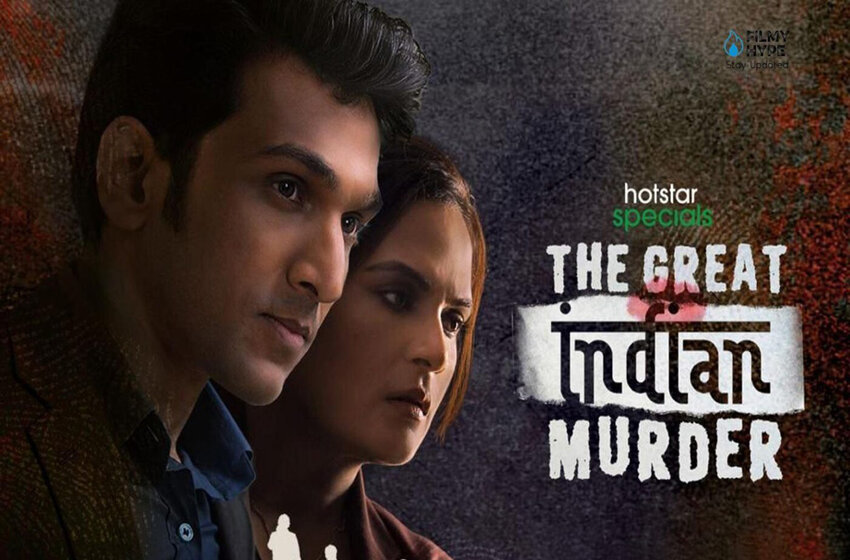 Adaptations are always a tricky thing to get it right. In the case of The Great Indian Murder (TGIM) (Season 1), one of the basic drawback of this show is its source material. It is apparently related to the melting pot that is India. This show has received great appreciation from a global audience and so let us have a look at the review of this show. The Great Indian Murder release date was scheduled for February 4, 2022.

What Is The Plot About?

Vicky Rai played by Jatin Goswami is an obnoxious and wealthy industrialist. He objectifies women and always looks at all the things from a business mind. This has led to the creation of many rivals who want to kill him. However, as his father Jagannath Rai played by Asutosh Rana is a ruling party minister, he successfully escapes all his crimes.

One heinous crime gets Vickey in jail. Using all his father’s influence he comes out, but the whole incident has carved a negative image on both father and son. Vickey to mend all his relations with his rivals arranges for a grand party and this happens to be his last party as he is killed in the party. Who is the murderer is the basic narrative.

This series is adapted by Tigmanshu Dhulia, Puneet Sharma, and Vijay Maurya. This series is based on a book by Vijay Swarup named “Six Suspect”. This is a thriller as a genre travels on a very thin line where it is supposed to keep its viewers hooked with only as much fodder required and not offering more to reveal the game.

The Great Indian Murder as a story is thrilling even on papers. The victim in this case is not someone the audience will have empathy on. But in the eyes of law, a crime has been committed against the victim and he deserves justice. But in the landscape where politicians can encash the death of their dear ones, will the case be black and white? Certainly now. Dhuliya and his team have adopted the book in grays. They have spread their characters like a chess game.

This show while being on muder does not solely depend on the crime. It widens up to narrate the story of the people who are assumed as suspects. As the title of the original book recommends more than searching for the person who killed the man, what unusual scenario led to these people standing in the suspect list. Along with that, Dhulia incorporates great politics, greed, power dynamic, and a father who literally goes to monetise the death of his son and all that.

The cast of The Great Indian Murder series are Shashank and Mani Arora. The two come into play the most emotional characters and end up adding their twist to it. Mani plays the role of Ekti with confusion and honesty. Though there is not much dialogue, his gestures and eyes are enough. Such roles can be played by Arora even when he is not prepared at all.

Vicky is played by Jatin Goswami with all the hate in him. He kicks, beats people, and the audience will hate him for the very first scene. He does quite an impressive job. Asutosh Rana elevates his part and nothing can be said about his performance. So with everything gouging right the characters fit nicely.

Pratik and Richa deserved more layered and deeper parts, but they did complete justice to whatever they had been offered.

The idea that the series primarily explores the lives of the suspects is good, but this is also where the plot dips. While the central stage is of course taken by the suspects, everything else becomes one tone. Pratik Gandhi and Richa Chadda’s cops are characters that can have their own separate worlds but that does not happen.

This clearly differentiates the show in two varied parts. A more precisely sketched blueprint could have  done wonders to this narrative. The music also does not help much in the whole experience. Also a staple route is taken by cinematography.

At this point you must be curious to check out how things might turn out. Have a watch at The Great Indian Murder trailer.

The complete cast of The Great Indian Murder  include:

Director Tigmanshu Dhulia does leave his comfort zone to direct the show, but some notes do fall loose at certain places. The Great Indian Murder is not a bad show, it is a decent watch that could have been more thrilling if a few more things were looked after. You can watch this show at Disney+ Hotstar.

Inside Edge 3 Review: This Sports Drama Is A Big Success