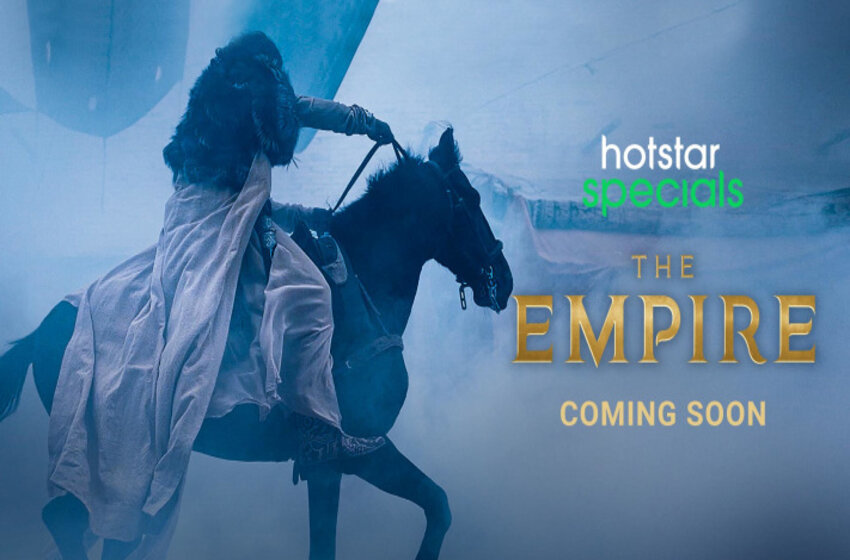 Producer-Filmmaker Nikkhil Advani is again seen collaborating with streamer Disney+ Hotstar for the release of his new series. The Empire Bollywood movie is defined as a monumental period adventure drama tracking the origin of the Mughal dynasty.

The Empire Hotstar will be directed by Mitakshara Kumar where the drama will portray the story of the life of the warriors, survivors, adventurers, and a king.

The Empire Web Series is proclaimed to be the biggest show that has been created in India to date. The Empire Bollywood movie promises excellent visuals put on a scale not witnessed on the digital platform before. The Moghuls (TV series) release date is not known yet. But this TV series on Mughal empire is surely going to take the OTT by storm.

Nikkhil Advani On ‘The Empire’

Nikkhil Advani’s name is known to us for the films such as “Kal Ho Na Ho”, “Batla House”, and “D-Day” and had also worked with streamers like “Grahan” and “November Story”.

The filmmaker will act as a showrunner in The Empire Bollywood movie. Monisha Advani, sister of Nikkhil Advani, will also produce the film along with Madhu Bhojwani via their banner Emmay Entertainment.

Making ‘The Empire’ was a big challenge but also a huge honor, the filmmaker expressed in an interview. According to him,

“Bringing alive a visually stunning world with a solid story narrative was the main aim for me, Mitakshara Kumar our director, and everyone at Emmay Entertainment. Right from the story, to the star-cast and high production value - our ambition was to create a show that is larger than life; one that leaves a lasting impression on viewers.”

“Partnering with Disney+ Hotstar has made it possible to bring this visual spectacle to life. My partners Monisha Advani and Madhu Bhojwani and I at Emmay Entertainment are very proud to introduce the very talented Mitakshara Kumar.”

Kunal Kapoor has won the hearts of the audience for a long time. He has been in this entertainment industry for more than 15 years now and has given us gems like “Rang De Basanti”, “Gold”, “Bachna Ae Haseeno” etc. His performance is spectacular and he is all set to make his OTT debut with The Empire Disney+ Hotstar series which is a period drama. This series happens to be a grand one and so is creating a lot of buzz among the audience.

Despite this, Kunal’s sharing of his first look on the social media has taken social media by storm. The teaser shows Kunal as a fearless, and furious Mughal ruler who looks desperate to rule the world. It is being heard that Kinal Kapoor will be seen playing the character of Babur, who was the founder of the Mughal Empire.

Kunal captioned the teaser as,

“An emperor's quest for the throne is about to begin”.

When asked about The Empire Bollywood movie, he said,

“It's been challenging but fun! The makers have paid special attention to this character’s look - it is very unique to his personality. Grandeur and royalty aside, this role is fierce and emotionally complex at the same time.”

“Shooting all the battle scenes during the last couple of years, shooting a big spectacle in the middle of a pandemic has been difficult but it has turned out really well and I am looking forward to how the audience reacts to it.”

The cast of “The Empire” includes:

Shabana Azmi in an interview said what attracted her towards this show was,

“The most interesting thing about my character was that she is feisty, educated and she is the king maker. You usually see a man being a king maker but in her case, she is the one. That excited me about the part. The makers, Nikkhil and Mitakshara, have a great eye.”

“There were two challenges which came my way. People on OTT don’t watch content the way one would usually sit down and watch a two-hour film, with full concentration. Here, people consume in different ways, with the facility to switch off if the story of the show or film doesn’t appeal to them. As an actor, that challenge attracted me.”

The OTT is surely changing and to some extent, it is replacing the theaters. The concept of web series allows the directors to make it with more information as there is no restriction of time. And various OTT platforms have continued to give us various hits. One is getting added to the list. The Empire Bollywood movie by Nikkhil Advani is going to be one of the grandest films in the Indian cinema. It will talk about the Mughal Empire of India. Kunal Kapoor’s performance and the plot are something the audience is waiting for.