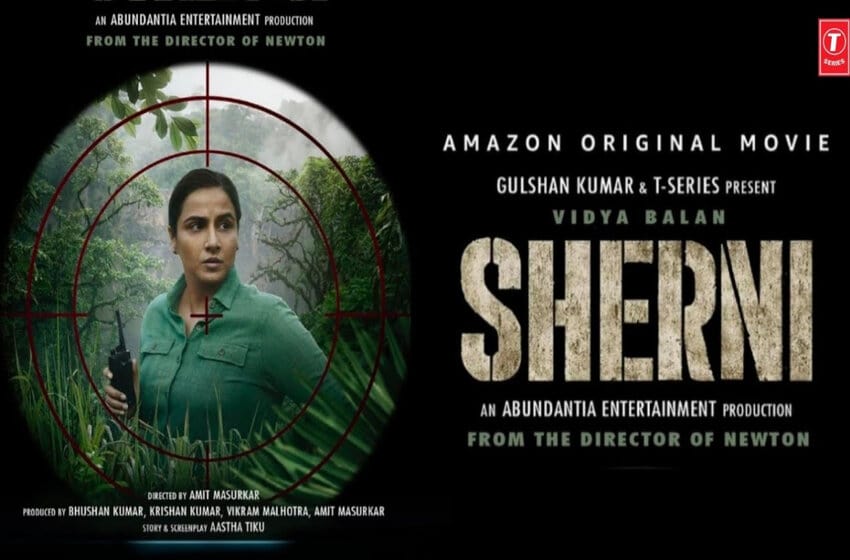 The Vidya Balan Sherni teaser is here. The Sherni Amazon Prime film has been directed by Amit Masurkar and written by Aastha Tiku, the film stars Vidya Bakan playing the role of an IFS (Indian Forest Service) officer.

The details of the plot of this Amazon Prime original are not available right now, but the official YouTube description of the film asserts that Balan’s character will try to navigate a balance in a hostile world where humans and animals are in constant conflict.

The Sherni teaser is short and crisp and does not give anything away to the audience. It compares Balan’s heroine to a sherni (a tigress, though lioness, would be more precise). There are many shots of the vast forest landscape.

In Spite of the fact that the story is being kept under covers, we can easily understand that this is another role for Vidya where she can be portrayed as a strong woman. Vidya Balan is known for playing the role of complicated, compelling written women who have their own feelings and agency in her films unlike most female actors in Bollywood who do not have that privilege.

The Sherni movie 2021 gives Vidya another opportunity to show off her appreciable acting chops. Vijay Raaz, Neeraj Kabi, Ila Arun, Sharat Saxena, Brijendra Kala and others also star in Sherni 2021. The Sherni first look 2021 gave a compelling effect on the audiences and they are eagerly waiting for the Sherni movie trailer.

The official logline of Sherni 2021 says,

“An upright Forest Officer who strives for balance in a world of man-animal conflict while she also seeks her true calling in a hostile environment.”

Producer Bhushan Kumar, while speaking about the film said,

"Sherni is one of the most unconventional and engaging films I have had a chance to produce and I am thrilled that it’s premiering on Amazon Prime Video as the movie will travel to a global audience. As always, it has been an absolute pleasure to collaborate with Vikram and I look forward to creating more entertaining and exceptional content with Abundantia Entertainment."

She is ready to leave a mark!