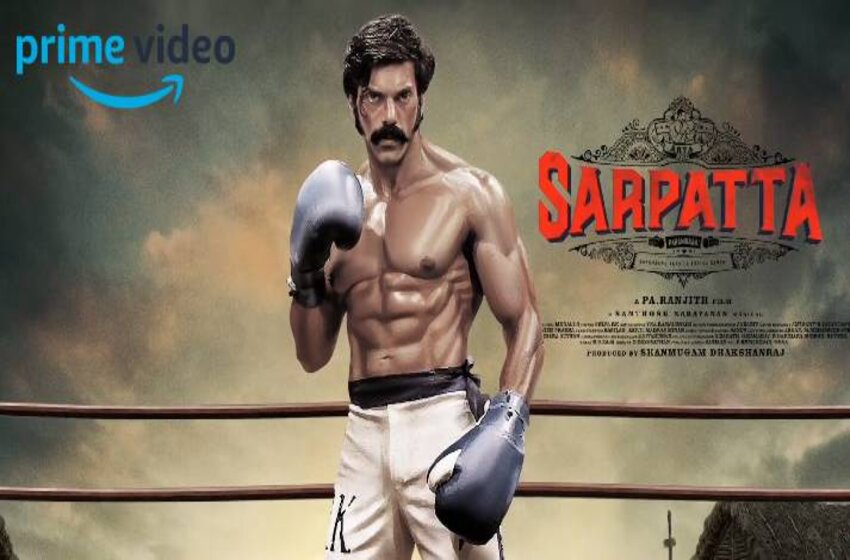 Until it’s mid way, the film completely highlights the rivalry, giving the audience a situation of tension which ultimately concludes in Kaliban which has been fantabulously played by Arya, a boxing fanatic forced to sacrifice his sport by his mother Bakkiyam played by Anupama Kumar, challenging the trainee of Durai and so far unbeatable champion Vembuli to a fight. The Sarpatta Parambarai movie release date was scheduled for 22 July 2021.

The beats of the narrative that takes us to this moment are completely generic but what offers Sarpatta Parambarai movie its distinct taste is its filmmaking flair and its setting. When the film starts, the audience are taken in the early days of Emergency and the audience also witnesses the celebration of Dravidian leadership standing up to it. Murali G who is the cinematographer of this film beautifully captures the action within the ring in a thrilling manner and the drama is kept thrilling by the director Ranjith. From the aggressive son of Rangan who has always faced the humiliation of being less than his own father to Daddy aka Kevin, to Kabilan, every character puts a deep impact on the audience.

Along with the drama of boxing that keeps us hooked, there is another social and political dimension that offers us another plot alongside. This is the story of another community that has to fight a battle both within and outside the ring to get their deserved rights. In fact, this angle dominates the latter part of the Sarpatta Parambarai movie. From a film that revolves around boxing, it slowly changes its course and becomes the story of an individual named Kabilan who is seen fighting his own battles. The Sarpatta Parambarai movie actresses include Sanchana Natarajan and Anupama Kumar.

The major success of the Sarpatta Parambarai movie lies in taking us to the times and ensuring that not a prop or character falls out of place. The production design and the casting have also done a fantastic job. Every fight looked very experienced and trained and nothing looked like makeup. It has received an IMDb rating of 8.5/10 and it truly deserves it.

The Empire Bollywood Movie Is Now Here To Blow The OTT