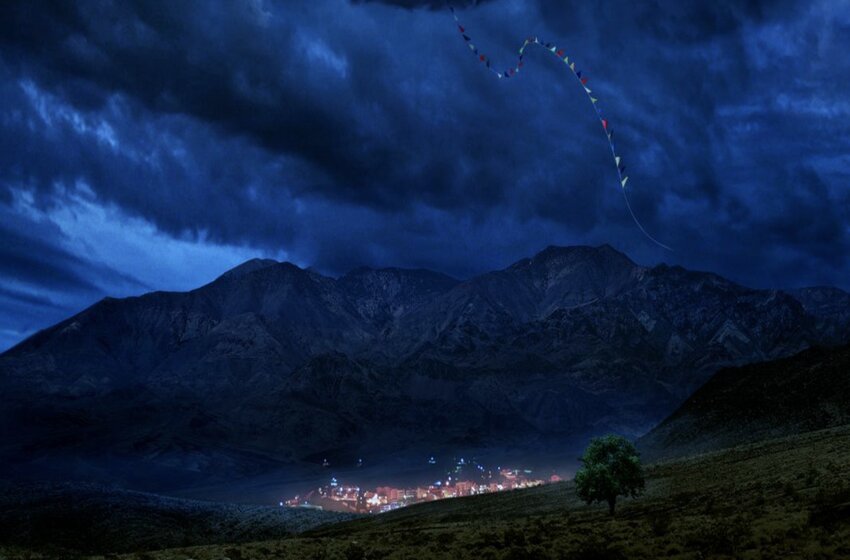 On 22nd July 2021, all of a sudden Jordan Peele declared the name of his third film: Nope movie. For the last few years, we are living in the golden times of horror movies that range from “The Conjuring Universe ” to “A Quiet Place” and its latest sequel. However, one of the best horror films to date is “Get Out” directed by Jordan Peele.

Jordan Peele And The Nope Movie

Since his debut in direction, he has been giving us great films. Recently he announced his upcoming horror film, which will star Keke Palmer, Daniel Kuluuya, and Steven Yeun. But the exact Nope movie plot is still unknown. The Nope movie release date has been scheduled for July 22, 2022. This date was announced on the poster that was released by Peele on his Twitter handle.

Thankfully some information was given to us about the Nope movie cast. The upcoming 2022 movie is going to cast Keke Palmer, Daniel Kuluuya, and Steven Yeun. These actors have worked with Peele before in one project or another. Daniel Kaluuye was the lead cast of “Get Out” where he played the role of Chris Washington along with Rose Armitage by Allison Williams where he gained global recognition.

Keke Palmer is the one who does not have much exposure to the style of Jordan Peele before Nope. But Palmer has had experience in horror films after she played a lead role in the series “Scream Queens”.

The audience is very excited to see these actors share the same screen, under the direction of Peele.

While the poster has the names of the original three stars, there are more actors who have been confirmed to be seen along with them.

According to a report, Barbie Ferreira, Micheal Wincott, and Bradon Perea are going to be seen in the Nope movie, even though the size of their role has not yet been revealed.

One of the big things about Nope movie 2021 update is that the plot of the movie is still unknown. When the poster of the film was released by Jordan Peele, all that was there was a cloud that looked to be in a weird UFO type shape flying over a town along with something that looks like a kite string attached underneath it. The audiences are in complete darkness.

But this film is going to be great, taking reference from his previous works. With most of the works of Jordan Peele, he always implied deeper meaning behind the horror of his films. This was the case in both “Us” and “Get Out”.

These are just speculations that are being made at this point. The real story behind the Nope movie can only be unraveled after the Nope movie trailer release. Till then as an audience, we can enjoy other horror films that are lined up for release this year.

This Time Crime Master Gogo Is Back For Disney+ Hotstar