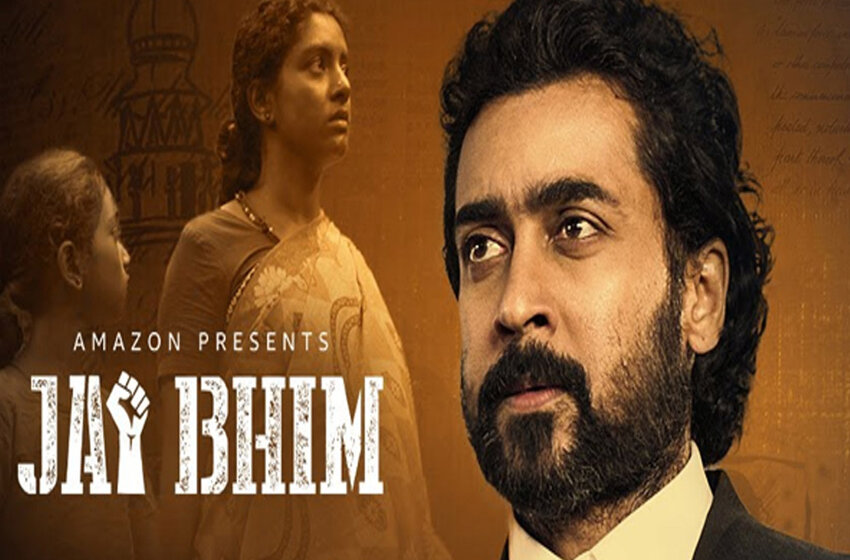 As soon as Suriya, who is an activist lawyer, starts to listen to the story of Senganni, he asks her to tell the whole story without applying any layer on the top or on the bottom. Just the real story. And probably that is when the audience is affirmed to receive a complete transparent plot in Jai Bhim. With that in mind, here is a Jai Bhim review.

This line is very important in the plot, and with time we will find out why. Jai Bhim movie is way beyond the commercial drama that we often see in Indian cinema. The South film industry is surely trying to change the filmmaking genre in India and this can be the start. Jai Bhim movie release date was scheduled for 2nd November 2021. Watch the Jai Bhim movie trailer now.

We are fortunate enough that we know our rules and laws and can question the authorities if something happens against them. But what about those who do not know their rules, laws, and restrictions only? How do they get justice? The film is devoted to getting them what they actually deserve.

Sitting in the comforts of our homes behind the screen of privilege, we may think this is too much to happen to a human. But the truth is stranger than fiction and these untold stories had to be told.

This film is set in 1995 in Cuddalore district, Tamil Nadu where a tribal couple Rajakannu and Sengani work in the field of men from the upper caste to control rats and catch venomous snakes. Rajakannu is being called by one rich man of the village to catch a snake that has entered his house. Rajakannu somehow catches the snake and leaves his house. But the next day a robbery happens in the rich man’s house and the whole blame goes on Rajakannu since he came to their house the previous day.

In the meantime, Rajakannu was away for other work and being unable to find him, the policeman abducts his pregnant wife and his sister as well and tortured them to an extreme level. Then after a day Rajakannu returns and gets caught by the police. Even after saying that he didn’t do the robbery, he was beaten hard and tortured inside the police custody and his wife was left free. Then with the help of their teacher Mythra, she approaches Chandru, a lawyer who fights for tribal rights. After hearing the full narration from Sengani, Chandru decides to take on the case.

Soon after that, Chandru filed a ‘Habeas corpus” case in the court. And then the proceedings went where the defense initially tried to prove eye witnesses but later it was proved that Rajakunnu was killed by the policemen and even took bribe from the real thief. After all, this was proven in the court by Chandru, the three policemen were arrested, and Sengani received 3 lakhs and half a land as compensation.

After this Jai Bhim review, it can be concluded that this film beautifully portrayed the ruthless truth of the caste system that still prevails in India and how some innocent people fall victim to this rigid, brutal, dirty caste system. This film was released on Amazon Prime Videos on 2 November 2021. Jai Bhim review IMDb rating is 9.6/10.

Jai Bhim movie that has been directed by TJ Gnanavel, tells various true stories that have been happening all these while in names of the caste system in India. This film is not based on any one particular story but many stories that often went unnoticed.

2. Why do Dalits say Jai Bhim?

Jai Bhim is not a remake and film critics have urged various other film industries to not remake this film as it will lose its shine if remade again.