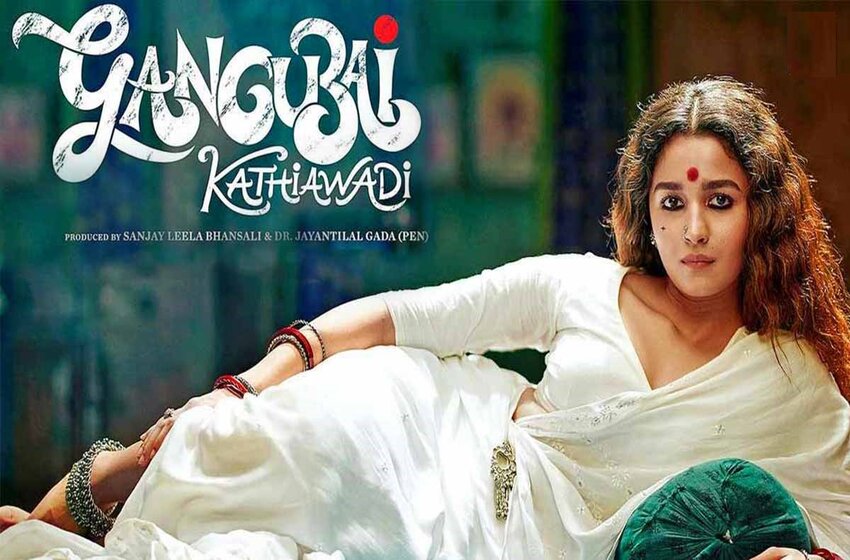 The only way to enjoy Gangubai Kathiawadi by Sanjay Leela Bhansali is to adopt and embrace its extravagantly-framed universe, the massive sets that create the red light area of Kamathipura that becomes the location of most of the run times of the films, the great art deco, and most importantly Alia Bhat playing the part. With that, let us quickly have a look at the Gangubai Kathiawadi review and why you should watch this film.

Dependent on Jane Borges and S. Hussain Zaidi’s hard-hitting book ‘Mafia Queens of Mumbai,’ ‘Gangubai Kathiawadi’ chronicles the rise of Ganga to power and fame from a modest small-town girl in Gujarat, to the undisputed queen of Kamathipura in Mumbai. The complete Gangubai Kathiawadi cast include:

The wait is over. Let us have a look at an in depth Gangubai Kathiawadi review and why you should watch it. Women temptingly standing at the doorstep of a brothel (kotha) in the busy bylanes of south Mumbai’s infamous red-light area Kamathipura, is the scene that is tragic, real, and dramatic. The film ‘Gangubai Kathiawadi’, by director Sanjay Leela Bhansali, is set completely against this gritty backdrop of Mumbai and it narrates the story of many young girls, who was sold off to brothels for a several hundred, solely through the eyes of its protagonist Gangubai.

It is sometime in the early 1950s or 1960s when a starry-eyed and childish Ganga is conned by her lover Ramnik played by Varun Kapoor to run away with a promise that he will create the path for her to make it as a heroine in Bollywood. What turns out and the truth as we all know is that Ganga, who rechristens herself as Gangu, and finally Gangubai, ends up being the heroine of Kamathipura instead. Over the years, this place became her home, the brothel girls, her family and all of Kamathipura was her domain. But her journey is faced with challenges, opponents, and also a social stigma that brings out the fighter inside her.

The essence of the film lies in how it shows the character of Gangu transforms via various stages in her life. The narrative takes time to create, even slowing down along the way, but not without leaving an impact via its fiery dialogues and powerful moments.

It is an Alia Bhatt show all the way, as she gets into the role of the boss lady in a space that is full of lustful men and brothels. It might take you a while to feel comfortable with the notion of Alia playing this part, but by the end of it, you will find yourself rooting for her, mainly when you watch her dish out dialogues with utmost confidence, audacity, and the killer instinct.

This Gangubai Kathiawadi review would remain incomplete if we do not talk about Ajay Devgan. Ajay Devgan, even in a small role as Rahim Lala, leaves a great impact. The rest of the supporting cast like Vijay Raaz, Seema Pahwa, and Jim Sarbh put their best foot forward but do not have much room to shine. Shantanu Maheshwari as the love interest of Gangu puts out a good performance, and the bitter-sweet moments between Gangu and him are among the most memorable and emotional parts of the film.

Bhansali takes out his narrative much like the book with each episode and challenges moving like a chapter. While there is a lot provided into the film – like how Gangu changes into an activist for the women in Kamathipura, her affair with the underbelly, and her political aspirations of the city — we are still left craving to know more about the rest of her life and how it all unfolded further. There are some beautifully crafted, heartbreaking scenes in the signature style of Bhansali- with a lot of flair and finesse – however, the narrative does not go deep into any one aspect of the life of Gangu. The production value is top-notch. Each song is colorfully and masterfully crafted  – even while Gangu remains like a vision in white in the midst of it all. But none of the songs, other than Dholida, are too memorable.

After this Gangubai Kathiawadi review, if you are seeking a real peek into the life of Gangubai, who is also known as the Mumbai’s Mafia Queen, then you will be left wanting for more. But even with whatever is offered into this drama, there are enough scenes that will draw you into this world where the nights look endless and the lights never fade. This film received a grand theatrical release and will soon release on OTTs. So now you can watch Gangubai Kathiawadi on Netflix. Gangubai Kathiawadi IMDb rating is 7/10 which is fair. Gangubai Kathiawadi release date was scheduled for 25.02.2022.

A Thursday Review: Women Are Taking New Shape In Cinema