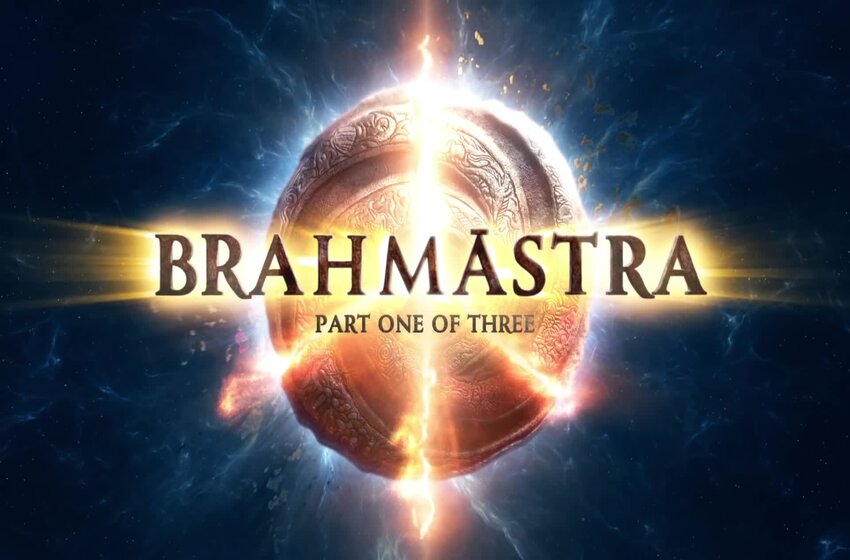 After various delays because of the pandemic, the magnum opus by Ayan Mukherji Brahmastra movie starring A-listers of Bollywood has locked its theatrical release on September 9, 2022. This film is set to release in Hindi, Telugu, Tamil, Malayalam, and Kannada languages.

The film which is a dream project is set in contemporary India, where a secret society known as Brahmansh has guarded “Astras” which are divine weapons formed in ancient India for generations now. The most powerful among them, the Brahmastra is now waking up and it threatens to destroy the universe. Even though the Brahmastra trailer is not out, you can have a look at their official motion poster.

Based on native Indian mythology, the story is built as a trilogy with the first part following the protagonist Shiva played by Ranbir Kapoor, who is in love with Isha played by Alia Bhatt. Their lives have altered forever when Shiva learns that he has a mysterious association to the Brahmastra and a great power within him that he does not understand just yet which is the power of fire. The film recounts the adventures of Shiva as he journeys into the world of Astras and finds out his destiny as the divine hero of the whole universe.

Ayan Mukerji is one of the brightest filmmaking talents India has who debuted as a writer-director with hit relationship drama “Wake Up Sid” (2009), that had Ranbir Kapoor and Konkona Sen Sharma, followed by superhit musical romance “Yeh Jawaani Hai Deewani” (2013) with Ranbir Kapoor, Deepika Padukone, Kalki Koechlin, and Aditya Roy Kapoor. Apart from that, the Brahmastra movie is Ayan’s dream project that he had been developing before “Yeh Jawaani Hai Deewani.” Mukerji in an interview said,

“‘Brahmastra,’ is very inspired by Indian mythology and Indian culture and set in the modern world with modern characters, so in many ways, it is a modern mythology of our own. And in that modern spectrum, Mr. Bachchan plays the role of what Professor Dumbledore is to Harry Potter, or what Gandalf the wizard is to Frodo Baggins — he plays the wise teacher guide, who helps Shiva’s character to actualize his powers and find his destiny.”

India has created very few movies in the superhero genre, that include the “Krrish” franchise that stars Hrithik Roshan and “Ra.One” with Shah Rukh Khan. And those have hugely been based on sci-fi or futuristic dimensions and not Indian mythology. Mukherji further added that,

“I felt like there was something there that had just not been done, and it surprised me that nobody’s done it, nobody’s really touched in a modern way this fantasy, larger than life cinema on the ancient powers of this ancient land that is India.”

Along with Harry Potter and “The Lord of the Rings,” Mukerji states Marvel and the legends around the Hindu god Shiva among his top influences, illustrating himself as a “geeky reader” whilst growing up. He said,

“This exact combination of East and West, the way that those influences came together, the film has many different colors, but at some level, it’s a very new color.”

“It’s a very original film and I really feel quite proud of that at some level, because a lot of the big stuff that’s come out of the West is based on some comic book literature, or it’s based on a really best-selling book series. ‘Brahmastra’ came from nothing, there’s no strict basis for it.”

Mukerji imagines that India had previously been pulled back by insufficient technology in attempting to make films in the genre. But now the nation has the knowhow for the filmmaker’s “Astraverse,” and is a journey to a post-production destination for FX-laden Hollywood content. Mukherji further said that,

“In the mainstream world of entertainment, I really think that ‘Brahmastra’ is that step that takes us from India towards the West, where they can appreciate Indian culture and our inherent storytelling and still get enough bang for their buck.”

Fox Star Studios is now associated with the Disney group and Mukerji hopes to construct a relationship with its parent company. He said,

“I was very excited and remain very excited by the idea that Disney is now sitting on top of what it is that I’m trying to build in India. That’s the goal, frankly, to put it out there, build, on the back of ‘Brahmastra,’ out of India, hopefully a global pop culture phenomenon as Marvel has become. I’m unlocking the full working relationship with Disney. It is a work in progress.”

The Brahmastra movie trilogy is produced by Fox Star Studios, Dharma Productions by Karan Johar, Starlight Pictures, and Prime Focus. While the producers refused to disclose the budget for the first part of the trilogy, Some industry sources reveal that it is approximately INR 3 billion ($40 million). Mukerji believes that when Hollywood studio heads will watch the film, they will experience the impact of having seen a $100 million project. The Brahmastra release date 2022 has been scheduled for 09.09.2022.

Top 20 Bollywood Box Of Hits Of All Time

10+ Ways To Practice Self Love This Valentine’s Day