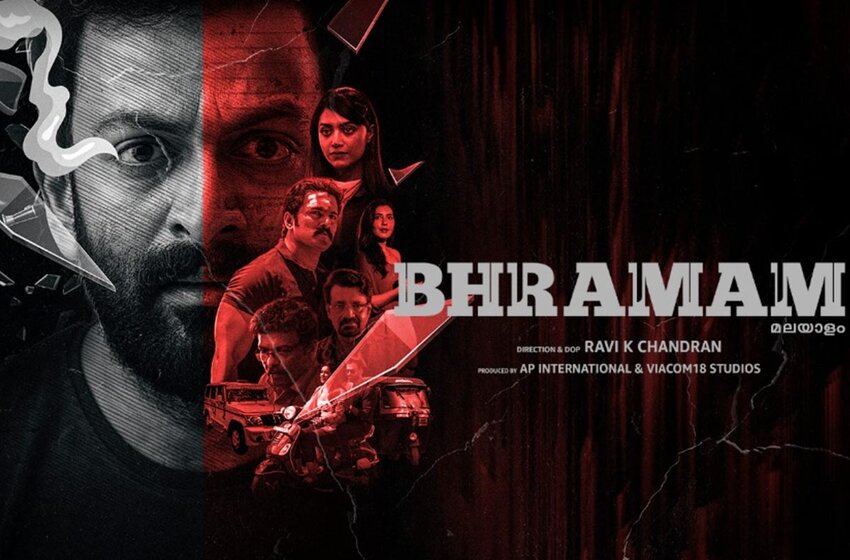 Bhramam is the second film in the south which is a remake of the Bollywood hit film Andhadhun. So all this while if you have wondered, Bhramam remake of which movie, then here is your answer. When Maestro was released earlier, it made the audience question the point of making a remake when they have nothing to add in the value. After the Telugu version which did not satisfy the audience, here is the second remake of Andhadhun, Bhramam. Is it worth watching? Let us find out the answer through this Bhramam movie review.

Unlike the makers of the Telugu version, the Malayali makers have kept the whole film unchanged. There is no extra value added to this film that makes it worth watching. If you haven’t watched the Bhramam movie trailer yet, then have a look.

With this Bhramam movie review, here is our analysis. Ravi K. Chandran has tilted the balance of authority and power mostly in favor of Ray Mathews. Unlike Akash played by Ayushman Khuranna in Andhadhun, Ray appears to be in a position of control and power of the incidents that take place in the effect of the loss of his vision. Ray does not have high moral grounds to stop Mimi, who is played by Mamta Mohandas, and her intense lover Abhinav played by Unni Mukundan. His motive is simply finding ways to survive and get with those people who hampered his life. As we see in Maestro, there is no helpless girl in the corner waiting for Ray’s appearance.

In fact, in this film, Ray is portrayed as more wicked compared to Akash from Andhadhun. The real plot was a story about a man who pretended to be blind so that he could protect himself from the unworldly temptations that could be the reason for his distraction from the music. Ray however pretends to be blind to exploit the economic and social benefits that are available for people who have disabilities. Ray is a lot more selfish and meaner than the previous two versions that were released. The Bhramam full movie Malayalam got an Amazon Prime Video release.

Bhramam review would be incomplete without mentioning the cast. The movie cast of Bhramam has some popular faces from the Malayali film industry. The Bhramam cast includes:

Ravi K. Chandran also has small surprises that to some extent subverts our knowledge of unraveling the plot. For instance the true intention of Ray behind pretending to be blind. After this Bhramam movie review, it can be concluded that this film has very few changes to offer to its audience. If you have already watched Andhadhun, then this film will give you only new faces and nothing else as such.