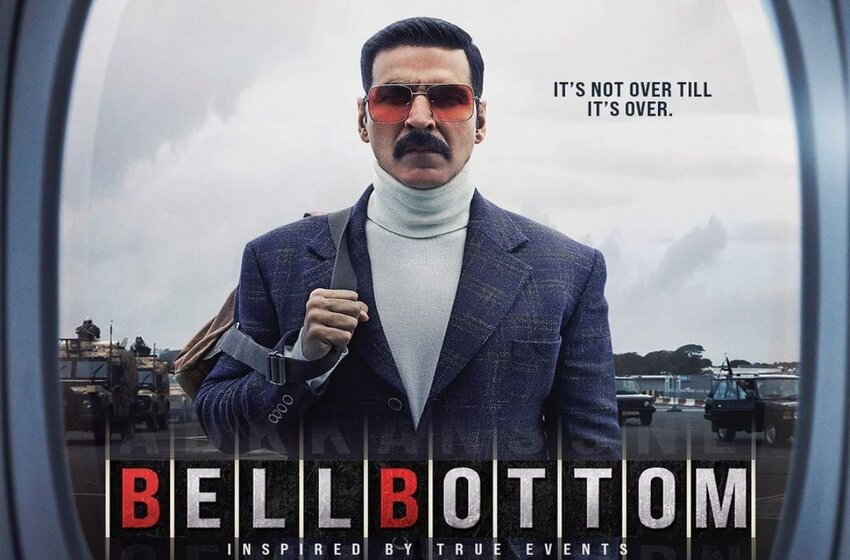 In the spying thriller Bell Bottom, Akshay Kumar plays the role of a Research and Analysis Wing (RAW) undercover agent who operates by the code name ‘Bell Bottom’. After an aircraft is hijacked and lands in Amritsar, which is the seventh hijacking incident that has happened in five years, Kumar is summoned to save the day. The film revolves around Bell Bottom’s plans to enact a covert operation to rescue 210 hostages and neutralise all the four hijackers. The fact that his covert operation is related to personal tragedy makes it more worthwhile. Let us have a look at the Bell Bottom review. But before you read the review further watch the Bell Bottom trailer now.

Similar to several other films by Akshay Kumar that have been inspired by real incidents, this is based on the two events that took place in the late 70s and in  the early 80s during Indira Gandhi’s reign as the Prime Minister of India. It’s commendable that the movie was shot during the coronavirus pandemic across various locations in Scotland and India. You can watch Bell Bottom full movie at Amazon Prime Videos. Bell Bottom release date was scheduled on 19 August 2021.

The smashing entry of the hero as Bell Bottom certainly attracts some cheering and whistles and as one can’t ignore his looks. He is slim, fit and agile, and sports a sharp Army-man personality. Bell Bottom, who is seen playing the loving and caring husband to Vaani Kapoor is a national-level chess player. He has a sharp memory and is fluent in various languages including Hindi, English, German and French. Vaani Kapoor as Kumar’s wife is great on screen and even with a limited screen time, she supports her character well. The film also stars Huma Qureshi, Adil Hussain, and Lara Dutta in pivotal roles.

Akshay Kumar is in full form and dependably strong. He uses his star power to the fullest, with gusto. Portraying Indira Gandhi on screen is no mean feat and Dutta looks confident and convincing in the part. Kumar’s mother is played by Dolly Ahluwalia and they share some touching as well as funny scenes together.

The complete Bell Bottom cast are mentioned below:

In the overall Bell Bottom review, the film has its flaws, but never falls from the original narrative. The film has successfully held the thrill of the audiences till the end. The actors have done a great job and the description of events was at its place. In a gist this is a must watch film with a twisted event after so long. Now you may wonder about the Bell Bottom release on which platform?

1. Is Bell Bottom a real story?

Bell Bottom, which has been directed by Ranjit Tewari, is inspired by true incidents during the reign of Indira Gandhi as the Prime Minister of India. The film explains the story of the 1984 plane hijack where a group of separatists first landed the plane in Lahore and then took it to Dubai.

2. Is Bell Bottom a comedy movie?

No, Bell Bottom is not a comedy movie. It is an action thriller movie that has been directed by Ranjot Tiwari and stars Akshay Kumar as the lead cast.