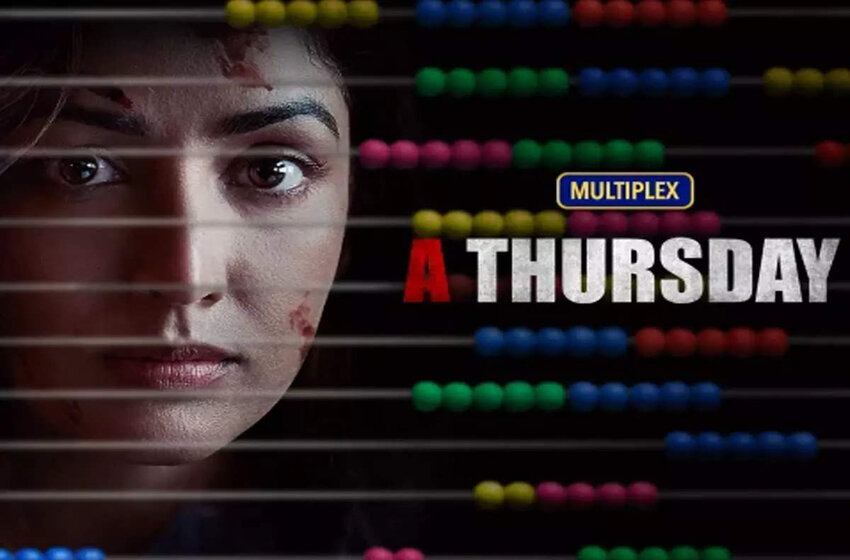 A Thursday led by Yami Gautam is a spiritual sequel by the maker of the sleeper hit A Wednesday, Neeraj Pandey. Both Ronnie Screwvala productions offer a vigilante creating a situation of hostage, trapping the police and also the government at the top levels, for a righteous reason which is revealed in the end. So let us have a look at A Thursday review.

A Thursday is a Disney+ Hotstar movie that stars Gautam as Naina, a playschool teacher in Mumbai who takes hostage of little kids, demanding ₹5 crores, and a tête-à-tête (a private conversation between two people) with the Prime Minister, that is played by Dimple Kapadia. The cops posted on the case are Catherine Alvarez (Neha Dhupia) and her deputy Javed Khan (Atul Kulkarni). Javed and Catherine have a strange equation. It is hard to tell who is boss when the screenplay written by director Behzad Khambata and co-writer Ashley Lobo hands the heavily pregnant Catherine some harsh strategies to tackle Naina, which gives Javed chances to lecture Naina about motherhood and policing.

A Thursday Review: The Plot

Naina Jaiswal played by Yami Gautam is an unsuspecting 30 year preschool teacher. She rouses the Mumbai Police and also the media when she announces that she has kept 16 kids as hostages. She then issues a warning. Every child risks their life unless super cop Javed Khan played by Atul Kulkarni agrees to meet all her list of demands. The story is formed on the day-long stand of Naina with the cops.

A Thursday Review: Get A Thrilling Journey

Now let us begin with the A Thursday review. It is an interesting span for women in cinema. Women in Indian cinema are no longer looked upon as pretty props or damsels in distress. Narrations are now being written about them. Stories that do not just scratch the surface but go beyond them. These are narratives that matter. Director Behzad Khambata entrusted Yami Gautam Dhar with an author-backed role, which is the first in Yami’s career. Her character wants her to be brutally cold and yet breathe fire through ambiguity and silence. When pushed in an uncharted area, the actress struggles to stay subtle but amps up the needed intensity eventually. Neha Dhupia and Dimple Kapadia also play prominent characters here and the two render powerful performances. The talent of Atul Kulkarni requires no introduction. He is perfectly cast here also.

Now let us come across as a spiritual sequel to the taut and terrific ‘A Wednesday’ by Neeraj Pandey, the suspenseful hostage drama of Behzad Khambata has an interesting premise, as well but a rather far fetched execution. But it lacks the compelling nature of Neeraj Pandey’s storytelling but gets the underlying emotion correctly. The jarring background score and dated slow mo close-ups feel puerile as the attempt to attract the viewer feels too obvious. Portraying emotions should not be confused with spoon-feeding. While the story increases intrigue, the movie lacks technical detailing that could have fulfilled its ambition.

In this A Thursday review, it can be said that despite a much predictable backstory, the movie Thursday stands out with its powerful social commentary and emotional arc in the latter half. It touches upon a very relevant concern that will resonate with women throughout the world. This may not be a corner of the seat thriller that evokes psychosis or fear but it dares to make a crucial point and that alone is its triumph. Khambata cleverly makes good use of the social media within the movie to take the story forward and it works. The film also makes an appropriate observation of clickbait journalism and the huge business of ‘breaking news’ that is highly prevalent now. Now let us have a look at the A Thursday trailer.

With that let us have a look at the A Thursday star cast.

Like A Wednesday review remained memorable for the acting of Naseeruddin Shah and Anupam Kher, A Thursday review will be remembered for its social arc and Yami’s performance. This is the first time Yami presented an author-backed role and she did this with utmost precision. A Thursday release date was scheduled on February 17, 2022, on Disney+ Hotstar.

The Great India Murder: A Must Weekend Binge For You