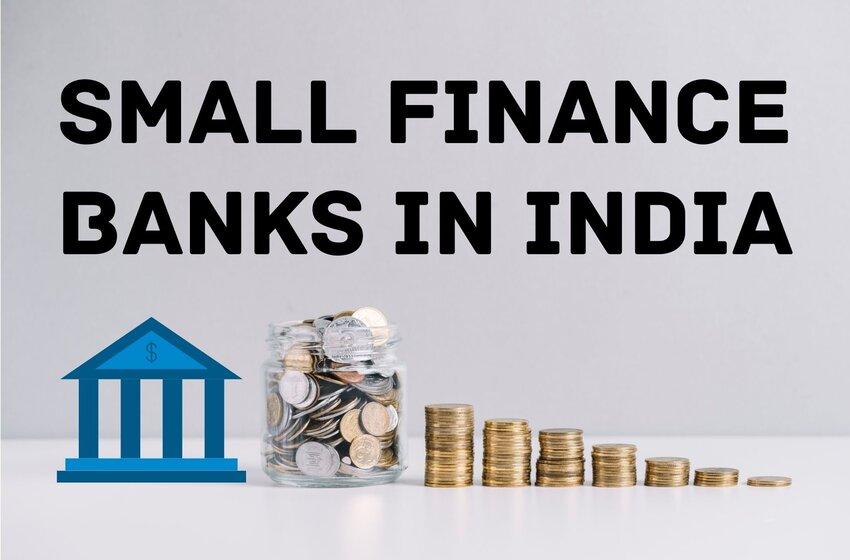 A small finance bank is a specific sector of banking that is formed by RBI under the vision of the Indian Government with an aim of furthering financial inclusion by mainly undertaking basic banking operations to un-served and underserved sectors that include small business units, marginal, and small farmers, small or micro industries and unorganized companies. Similar to other commercial financial institutions, these banks can also undertake all the basic banking operations that include lending and taking deposits.

After the announcement at the time of the Union Budget 2014-15, RBI published the guidelines of SFB in November 2014. 72 companies from across the nation applied for the license with only 10 among them being offered the license.

After the small finance bank meaning, let us have a look at its objectives. These are financial institutions that offer financial services to the un-served and unbanked areas of the nations. They are registered as a public limited company under the “Companies Act 2013”.

The primary aim behind creating SFB is to widen access to financial services in semi-urban and rural areas. These banks can do nearly everything that any normal commercial bank can do but at a much smaller range.

It will provide basic banking services, lend to underserved sections of customers, and accept deposits that include small and marginal farmers, small business units, micro, and small industries, and even entities in the unorganized sector.

These banks have the ability to offer an alternative to some of the prevailing institutions with their mandated aim on medium and small businesses, the informal industry, small and marginal farmers, and thus on rising financial inclusion and serving a broad range of unserved clients in the hinterland and tier three and four towns and cities.

The SFBs are regulated under the following acts in India:

Here are all the characteristics of small finance banks in India.

All the SFBs deal with the basic functions of a bank like deposit and lending. However, what makes these services stand out is that SFBs are needed to aim their offerings more towards the priority sectors, that include the facilitation of the funds of the poor for housing, offering loans for allied and agricultural activities, offering funds to small and micro businesses, and weaker sectors of the society. All these directives are controlled by the Reserve bank of India, which enables SFBs to deal with the following services:

All the SFBs offer Recurring and Fixed deposits. The rate of interest charged by these banks on the fixed deposits and the recurring deposits are comparatively higher than that of the regular banks. Hence, an FD by an SFB can earn you greater revenues.

All SFB deals with retail loan products like housing, personal, and auto loans. These banks are needed to extend 75% of their adjusted net profit for the priority sector. Along with that, 50% of the loans that are lent must be up to 25 lakhs INR.

In India, where widening banking services to the unserved and underserved sections of the population is a challenge, there is excellence in taking into account the access to bank credit and services via the expansion of small banks in under-banked and unbanked regions. In this article, we have discussed the concept of a small finance bank and how it operates.