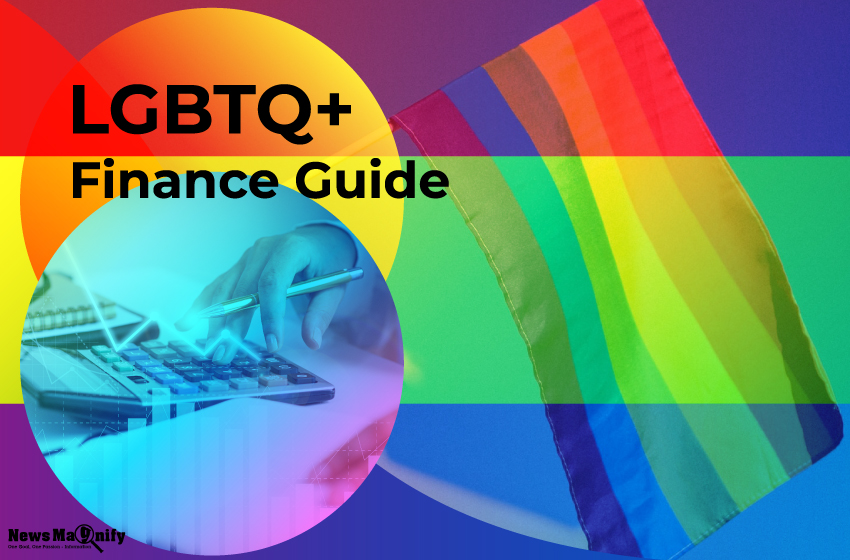 As we celebrate Pride Month, it is crucial to identify the success of the LGBTQ+ community while also increasing awareness of the alterations that are still required. This community does not reside within the Indian periphery. This is a global occurrence. They have faced much discrimination and are still facing it. So for them to manage theory finances are a crucial thing. This LGBTQ Finance Guide will help them to manage their finances.

Research shows that LGBTQ+ adults are behind others in retirement savings and are ahead of many citizens, but being ahead is the wrong way related to debt. In this article, we will address the financial disparity that prevails and will talk about the resources that can help. You can consider this as a guide on finance for beginners.

LGBTQ Finance Guide For All

Not all investments imply return. If you would prefer your investment portfolio to aim at more companies that give back to the LGBTQ+ community, then here are a few ways for you to begin. You can consider these points as your personal financial guide.

How to Pay for Gender-Affirming Surgery?

This LGBTQ Finance Guide will not talk about your investments and where and how you should invest. This will talk about how you can use your money better and effectively. So let us begin with LGBTQ in banking. The ideal case scenario is for health insurance to cover surgery costs. When that is not an option, other ways involve credit cards and personal loans. You can consider these choices to pay for gender-affirming care and surgery:

How Nonbinary And Trans People Can Change Names On Credit Reports?

Credit reports are starting to catch up with nonbinary or transgender users who change their first and also their middle name legally. All three big credit bureaus have recently added web pages to their websites illustrating how users can make sure that their credit reports accurately portray their names.

The credit bureaus do not share data with one another related to name changes, nor do they have the same procedure.  But one thing that is required by every credit bureau is documentation of a change of name, which typically implies a copy of a court order. But other than that, you will have to contact the respective credit provider. So you should include this point in your own LGBTQ Finance Guide.

Applying for car insurance is not exactly very glamorous, but in the case of most people, it is fairly straightforward. In the case of nonbinary or transgender drivers, however, one part of the application is choosing a gender and it can pose a distinct challenge.

This is because transgender or nonbinary people often do not have the freedom to select the gender they understand with something others can conveniently take for granted.

Gender is one factor that is commonly used to evaluate a car insurance rate, but there is no set standard for how insurers illustrate or verify gender. There are some companies that ask for sex at birth, some need gender to match the driver’s license, and others allow you to select the gender you identify with, states Charlie Arrowood, counsel for the Name Change Project at the Transgender Legal Defense & Education Fund, which is a nonprofit based in New York City devoted to ending discrimination against transgender people.

Even though gender may be listed on an application, insurers might really be looking for your sex. Gender and sex are often employed as synonyms, but sex implies to biological traits, while gender implies to how you identify within society.

The State of LGBTQ Finance Guide

As per a 2021 Williams Institute survey, members of the LGBTQ sector are 12.2% more likely in comparison to non-LGBTQ+ community members to have federal student loan debt. Along with that, 2021 research by the Human Rights Campaign found that LGBTQ+ individuals are 6% more likely to live in poverty and that they earn, on average, close to 89 cents for every dollar earned by their non-LGBTQ+ counterparts.

Pride Month signifies a month of education, celebration, and reflection for members of the LGBTQ sector and its allies, and while there is a lot to celebrate, there is a lot to reflect on as well. Since this community has always faced quite a big amount of discrimination, for them to manage and planning their finances is quite important. But where to start from and where to end? Finances do not always imply investments, they can also mean properties. In the above article, we have offered an LGBTQ Finance Guide for you to understand the phenomenon better.

Know The Important Ways To Invest In Gold This Year