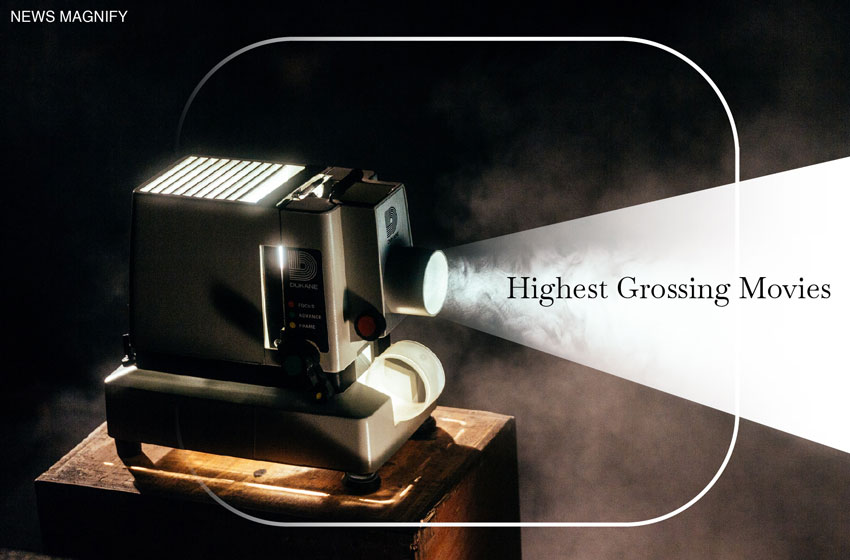 Movies cater to the sector of mass media and it holds the potential to change the world. With that came several movies that gave good business to their producers and are said to be among the highest grossing movies of all time across the globe. It is important for us to know about the movie and see how much business they made. So in this article, we are going to have a look at the top 10 movies that made the highest business across the globe till now.

Written and directed by Academy Award-winner James Cameron, this is a sci-fi fantasy that is the highest grossing film of all time across the globe. The story navigates around Jake Sully, who is a paraplegic ex-Marine and is deployed on Pandora, an alien planet that is full of exotic and evolved Na’vi beings.

During his span as an ‘avatar’, where a human mind resides in an alien body, he falls in love with one of the women of Na’vi, Neytiri. However, Jake is combated about following orders extended to him by his seniors and safeguarding Pandora and its indigenous people.

This movie also stars Stephen Lang and Sigourney Weaver in significant roles. Cameron, who has also co-produced this film along with Jon Landau, had written the first draft of the screenplay of this movie in 1994, as per ABC reports.

In its former installment, Avengers: Infinity War, evil exemplar Titan Thanos (Josh Brolin) abuses his powers to destroy the earth and also the universe. The consequences of the destruction prevail in Avengers: Endgame, where even the Avengers unite together to undo the damage that was done by Thanos.

Talking about the highest grossing movies of all time, we cannot miss Titanic. This is another masterpiece by Cameron, that follows Rose DeWitt Bukater, who is a centenarian, when she shares her experience of staying on board the ‘unsinkable” R.M.S Titanic on 10 April 1912, with her granddaughter and the crew of the scientific research vessel, Keldysh.

When Rose (Kate Winslet) who is a nineteen-year-old girl boards the ill-fated ship along with her mother, fiancé, and other aristocrats, she encounters a drifter and artist named Jack Dawson (Leonardo DiCaprio), who apparently wins third-class tickets to the luxury liner and boards the ship along with his best friend.

Through their journey, Rose comes close to Jack and learns to let loose. They both eventually fall in love, but their emotions for each other are tested by the unparalleled collision of the Titanic with an iceberg in the North Atlantic.

The romantic movie also stars Billy Zane as Cal Hockley (young Rose’s fiancé), Gloria Stuart as older Rose, Bernard Hill as Captain Smith, and Kathy Bates as Molly Brown among others. Interestingly, this film took nearly USD 200 million to make the classic film, which has marked its name among the most popular movies of all time.

The epic space opera film illustrates how a group of unlikely heroes arrive together to stop a new threat from Kylo Ren, the grandson of Darth Vader.

Rey, played by Daisy Ridley, a desert scavenger, and Finn played by John Boyega, a rogue stormtrooper, come together with members of the Resistance to get back peace. To accomplish that, they must find the legendary Jedi Master, Luke Skywalker played by Mark Hamill, with the support of a droid, which takes the whereabouts of his location. This is also among the highest grossing movies of all time domestically.

On the contrary, Thanos is inflexible to collect all the six Infinity Stones to realize his twisted aim. The fate of the planet depends on the Avengers, who must stop Thanos from enacting his evil plan. This movie is directed by the Russo brothers and casts Robert Downey Jr., Mark Ruffalo, Chris Hemsworth, and other actors in significant roles.

With his individuality exposed as Spider-Man, Peter Parker (Tom Holland) requests Doctor Strange to help him get back his secret with an arcane ritual. However, when a spell goes awry because of the repeated interference of Peter, it impacts in ripping open the multiverse.

Peter then faces villains from other Spider-Man films such as Dr. Otto Octavius/= or Doc Ock (Alfred Molina), Max Dillon or Electro (Jamie Foxx), and Norman Osborn or Green Goblin (Willem Dafoe), who are not only a big threat to his future but also to the whole multiverse.

This thrilling sci-fi action movie navigates around Jurassic World, a dinosaur theme park that shelters many genetically engineered hybrid dinosaurs, such as the ferocious yet intelligent Indominus Rex.

One day, the dinosaur escapes its containment, causing the other creatures to cut loose and join the killing spree. What follows is how dinosaur trainer Owen Grady (Chris Pratt) and the park’s operations manager Claire Dearing (Bryce Dallas Howard) race to save the tourists from a complete, prehistoric assault.

The remake of the real movie The LIne King (1994) got mixed reviews from the viewers, mainly those who had witnessed the previous animated movies. The movie follows Simba (Donald Glover), a young prince who is born to movie stars. Alfre Woodard, Florence Kasumba, John Oliver, Eric André, John Kani, JD McCrary, Shahadi Wright Joseph, Keegan-Michael Key, and James Earl Jones have offered their voices to several characters in the movie that is directed by Jon Favreau.

The film brings together the Hulk, Iron man, Hawkeye, Thor, and Black Widow for the very first time as Avengers stop the notorious Loki and all his alien army from entering the earth. This film is directed by Joss Whedin and this movie has had a phenomenal function at the Box Office. It received a record USD 200.3 million in its opening weekend.

Hoping to return to their regular lives, Brian O’Conner (Paul Walker), Dominic Toretto (Vin Diesel), and the remaining the crew diversified after defeating international terrorist Owen Shaw (Luke Evans). In the meantime, the elder brother of Owen, Deckard Shaw (Jason Statham), promises to settle scores with Dominic and his family for avenging his brother.

Films have created history and have also made huge profits after their releases. Some became iconic, while others earned as a result of market hype. Talking about business, in the above article, we have spoken about the top 10 highest grossing movies of all time across the globe. Batman is anticipated to join the list of highest grossing movies 2022.

Chemical Engineering Companies In India You Should Know About

Real Estate Companies: The Best Names In The Industry