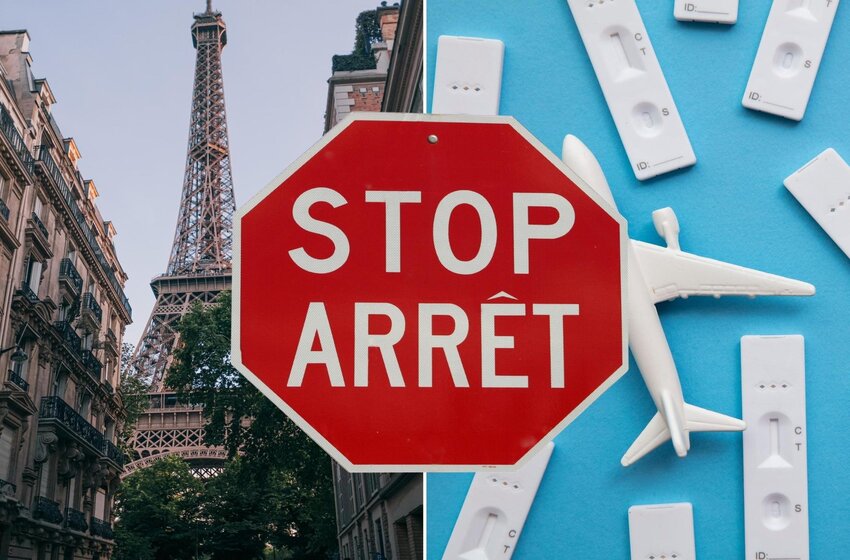 From Saturday, most travelers who are not citizens to residents of France will have to offer a “compelling reason” as per the latest France travel restrictions. On Thursday France announced that because of the rising covid cases in Britain, only a designated section of people would be permitted to travel between the two nations and anyone who is coming from Britain will have to self isolate themselves. Let us quickly have a look at the latest France international travel restriction.

As per the latest France travel restrictions that have already been imposed, truck drivers will be exempted from the new guidelines, as stated by the French government. This was done to ease down the British concerns that this restriction can result in supply chain disruption.

France stated that it is acting presently because the coronavirus’s Omicron variant, which as per scientists are highly infectious, is rapidly spreading in Britain. According to a French government spokesperson,

According to him, there are presently 240 confirmed cases of Omicron in France, which is far lesser than in Britain. According to the chief executive of the British travel association said,

“France's move was a hammer blow to the winter travel industry, which is already under extreme pressure following the new Omicron restrictions."

The latest France travel restrictions declared by Paris implies that the only people permitted to travel from France to Britain are the British nationals who are returning home, people traveling for medical purposes, people attending the funeral of a close relative, people carrying out crucial work, and some other exceptional scenarios.

Under the latest France covid restriction, people are only permitted to travel to France from Britain if they are a French citizen, or a foreigner who is permanently resident in France, are carrying out crucial work, or are in transit for less than 24 hours.

The government of Britain reacted swiftly by stating it does not believe tighter border measures are powerful when the Omicron variant has spread so widely across the nation but added it was up to nations to decide whether they wish to go down that lane. A spokesman for Prime Minister Boris Johnson said

"Certainly on our part, given the transmissibility of Omicron and its seeding around the world, we don't think red lists ... are effective or proportionate at this current time."

Under the latest travel restriction in France, before entering the nation, travelers are required to provide a negative PCR report that is not older than 24 hours. Previously there were provisions to take the test before 48 hours of entry.

Once the traveler reaches France, they are required to self isolate for seven days, though the isolation will be taken away after 48 hours, if the covid test conducted in France is negative.  Until now the restriction is applied only to non-vaccinated travelers arriving from Britain.

As per the documents released by the French government, the latest rules take effect after Friday midnight.

France has released new travel guidelines for the travelers from Britain because of the rising Omicron cases in Britain. As per the latest France travel guidelines, without any special purpose travelers are not allowed to travel among the nations. They are required to offer PCR test reports and also take a seven day self isolation. The above is detailed news about the France travel restriction from the UK and vice versa.

Latest Indian Travel Restrictions You Should Be Informed Of