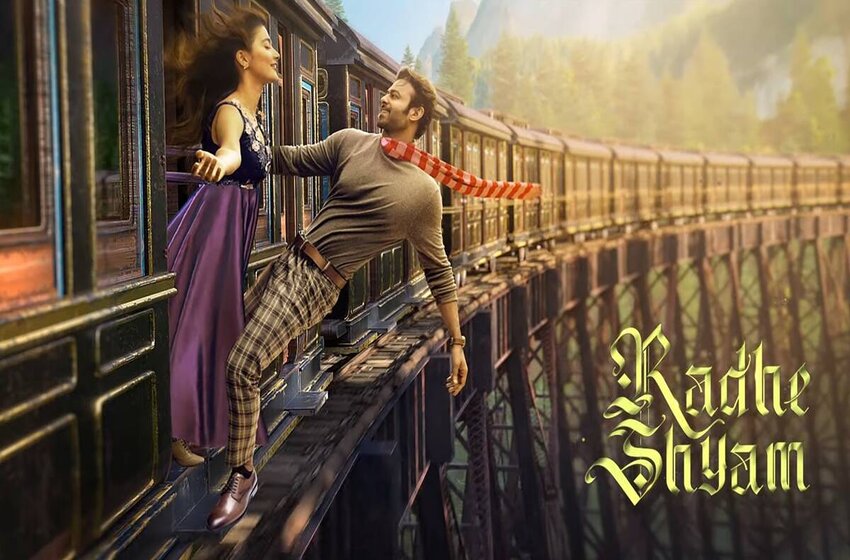 Radhe Shyam movie that stars Prabhas and Pooja Hedge is ready to release on March 11, 2022. The romantic drama that marks the comeback of Prabhas to the silver screen after his 2019 release, Sahoo is already gaining positive reactions.

Umair Sandhu, who is an overseas censor board member, took to his Instagram stories on Sunday and termed Radhe Shyam a true “cinematic experience”. He further added that Prabhas is “back with a bang”. In the Radha Krishna Kumar directorial, while giving the film four stars he wrote,

“Radhe Shyam is truly cinematic experience. Mystery, romance, action, and thrills. What a power packed film. Prabhas is back with a bang. He is one man show.”

Radhe Shyam is a Bollywood romance drama that is helmed by Radha Krishna Kumar. Radhe Shyam movie stars Pooja Hedge and Prabhas in the lead roles. The multi-lingual love story is primarily set in Europe in the 1970s and it explores a very novel and varied concept,  it narrates the story of palmist Vikramaditya. The movie also casts Krishnam Raju, Sathyaraj, Bhagyashree, Jagapathi Babu, Sachin Khedekar, and Jayaram in prominent roles. With that, let us have a look at the Radhe Shyam trailer.

Prabhas plays the role of a renowned palmist in Radhe Shyam. In an interview, director Radha Krishna Kumar, Radhe Shyam director spoke up about the character of Prabhas, Vikramaditya. He said,

“The character of Vikramaditya in Radhe Shyam was inspired by the European palmist Cheiro. We also developed the story by incorporating two or three real-life incidents.”

Speaking about what reaction he anticipates from the audience, the director said,

“I am pretty confident about the film’s story. I don’t know if the success and response are in our hands. Our belief in this story is seen in the final output. I believe the audience will also love our effort.”

Running Time Of The Film Shortened

Sources have now found out that the Telugu version of the Radhe Shyam movie was recently trimmed by 12 minutes. The CBFC (Central Board of Film Certification) had offered the movie a U/A certificate on December 22, 2021. At that time, the duration of the movie was 150 minutes, that is, 2 hours and 30 minutes.

Last week, the makers of Radhe Shyam decided to voluntarily cut various scenes and also add some sequences to the film for an increased impact. As per the voluntary list of changes submitted to the CBFC, nearly 56 modifications have been carried out. Out of these, closely 49 are cuts that have been done by the makers. While a few scenes are cut by just 2 or 5 or 11 seconds, a few sequences cut are of 2 minutes and even 5 minutes. In the meantime, additions were also made at 7 places. Scenes that amounted to 2.55 minutes, 5.30 minutes, and 2.16 seconds have been incorporated into the film, along with a few shots that are nearly 8 or 10 seconds long.

The Radhe Shyam movie was scheduled to hit the screens on Sankranti, January 14. Because of the increase in Omicron cases in India, many theaters were functioning at 50 percent occupancy, while a few were also shut. Hence, the makers planned to postpone the release of the movie.

Now that the Covid-19 scenarios are seeing a gradual reduction, filmmakers are now declaring the release dates. On February 2, Prabhas along with the makers of Radhe Shyam declared the release date with a special poster. Sharing the poster, Prabhas wrote,

Now that you know about this most anticipated upcoming film, here is the list of the complete casts of the Radhe Shyam movie.

Brahmastra Movie: A Great Storyline Based On Hindu Mythology

Top 20 Bollywood Box Of Hits Of All Time