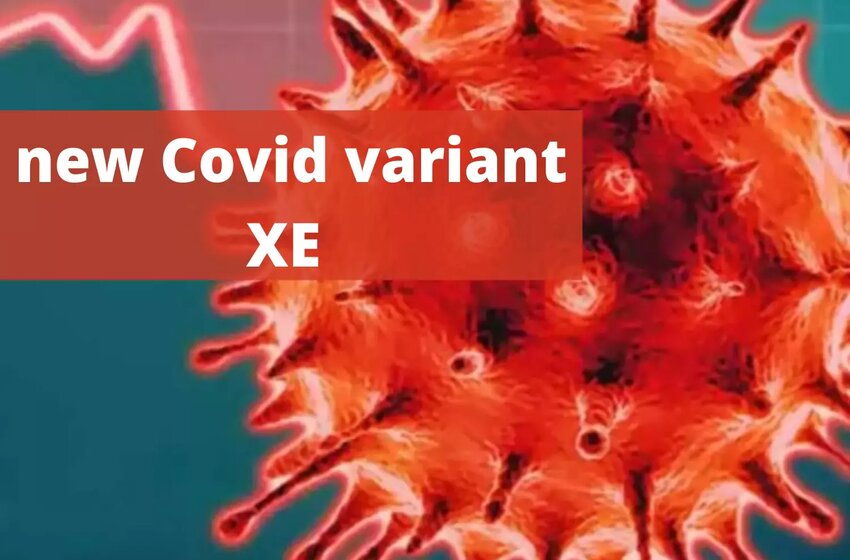 On Wednesday (April 6), the Brihanmumbai Municipal Corporation (BMC) declared that a woman aged 50 with a travel history from South Africa may be infected with the new covid XE variant that was recently discovered

XE, which is a sub variant of Omicron that created the third wave of Covid-19 this winter, was not found in India until now. The declaration about its discovery ignited concerns about the chances of a fresh wave in this country, where the cases of Covid-19 are in constant decline and are presently at their lowest from last year.

It may seem difficult for you to educate yourself about all the variants that Covid brings with itself, but there is no choice. So today, let us have a book on the Covid XE variant, its symptoms, causes, and severity. Here is some XE variant news.

What Is The Latest Covid XE Variant?

The Omicron variant that is responsible for over 90 percent of the infections that have been recorded this year, has two significant sub variants which are known as BA.1 and BA.2. There is also a BA.3 sub variant that is less common.

At the time of the initial phase, the BA.1 sub variant was the most widespread. In India however, BA.2 dominated the third wave. BA.2 was found a bit more contagious in comparison to BA.1, even though it was not more dangerous. In the past couple of months, as per the WHO (World Health Organization). The incidence of the first sub variants has been reducing sharply.

This latest Covid XE variant is called the “recombinant”. This implies that it has mutations that are found in BA.1 and also BA.2 variants of Omicron. This was first discovered in the UK in January, and so far over 600 samples of XE have been found in varied nations.

The recombinant variants are not uncommon. Variants that have mutation features of two or even more known variants happen all the time. In fact, variants that have the characteristic mutations of Omicron and Delta have also been noticed. The random procedure of genetic mutation in viruses and also in other organisms keep occurring continuously. But only a small portion of these mutations prominently alter the potential of the virus to infect or to create severe disease. In a recent update, WHO stated that,

“Given the current high level of transmission worldwide, it is likely that further variants, including recombinants, will continue to emerge. Recombination is common among coronaviruses and is regarded as an expected mutational event.”

The severity of COVID-19 symptoms will depend from person to person based on their immunity acquired from prior infections and vaccination status. It is pretty standard for symptoms to alter for some people, and for others, they can be rather too severe.

There are some XE variant symptoms to watch out for, like fever, scratchy throat, cough and cold, sore throat, skin irritations and discolorations, respiratory distress,  gastrointestinal distress, and many more. Severe disease can create severe heart issues, palpitations, and also nerve damage.

Is The Covid XE Variant Harmful?

As of now, there is no concrete evidence to show that this coronavirus variant is significantly different from other Omicron variants. What has been identified so far is that XE could be nearly 10% more transmissible in comparison to the dominant BA.2 variant. But that is a very small benefit that XE carries, and even this has not been assured as of now.

The idea that there has been a more prominent rise in the incidence of the XE variant covid in India since it was detected three months ago portrays that it may not be a big tension currently. The clinical manifestation of the Covid XE variant has not been found to be any varied from  BA.2 or BA.1. So far it has not been found to have created a more crucial form of the disease in comparison to other Omicron variants. WHO stated,

“XE belongs to the Omicron variant until significant differences in transmission and disease characteristics, including severity, may be reported.”

Will The Covid XE Variant Come To India?

It would not be astonishing if the coronavirus XE variant is indeed found in India like in Mumbai women, or in some other people on the broad stage. Travel restrictions in this country have mostly been taken off, and international air travel is back to almost where it was in the pre-pandemic period.

Also, the chances of XE or any other Omicron recombinant variant developing inside the Indian population cannot be ruled out. There are also chances that the XE variant in India is already circulating among the Indian masses but is yet to get detected.

However, just detecting this variant does not on its own generate worries of a fresh wave in the nation. As of now, it is very distinct from the Omicron variant. Unless, but generates special potential to infect, cause a more severe form of the disease, or bypass immunity, the threat of this variant among the Indian masses is quite low.

The fact is that a new wave of infection in India cannot be ruled out completely, taking into account the fact that the virus has not been discarded, and is also undergoing mutations. But in the absence of the development of a new variant, that is either much more transmissible, has special potential to bypass the immunity obtained by human beings from prior infection, or creates a more severe disease, this scenario of Covid XE variant seems unlikely in the coming times. As of now, there is only one reported XE variant case in India.

1. What are some of the common symptoms of the Omicron variant?

Most common Omicron symptoms include fever, cough, tiredness, and loss of taste or smell.

The third wave of COVID-19 has ended in India. And the latest XE variant of covid is a sub variant of Omicron with no or minimal change. So time will tell if there will be a fourth covid variant in the country.

Important Health Tips For Pregnant Women Who Are Working